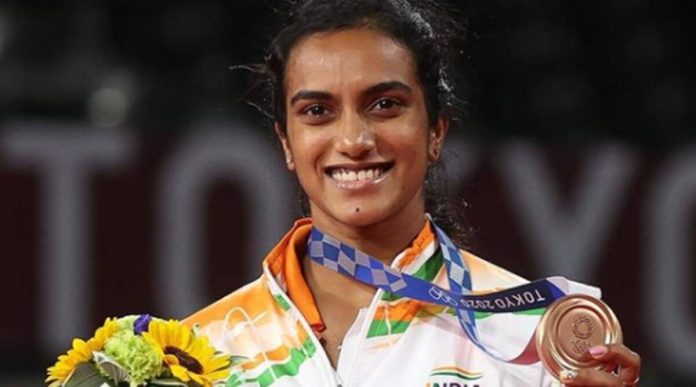 PV Sindhu along with five others have been chosen by Badminton World Federation to become members of the Athletes’ Commission. Sindhu, the 26-year-old Olympian, will continue to serve as a member until 2025. Sindhu opened India’s account at the Rio Olympics by winning silver, and a bronze medal at the Tokyo Olympics that recently concluded this year. She also had some noteworthy achievements at the World Championships. She won two gold, one silver and bronze at the Championship. 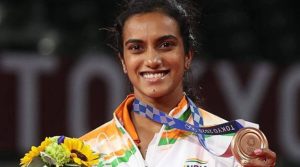 BWF has not appointed the Chai and the Deputy Chair of the commission, yet. Sindhu was chosen beside Iris Wang, Greysia Polio, Zheng Si Wei, Kim Souring and Robin Tabeling.

“BWF is pleased to announce the six members of the BWF Athletes’ Commission 2021? 2025: Iris Wang (USA), Robin Tabeling (NED), Greysia Polii (INA), Kim Soyeong (KOR), Pusarla V Sindhu (IND), Zheng Si Wei (CHN),” the BWF said in a statement. The new Commission will meet soon and decide the Chair and Deputy Chair of the Commission amongst the six members. The Chair of the BWF Athletes’ Commission, following a vetting process as required for all Council members, will become a member of Council until the next elections in 2025.”

PV Sindhu to appear at the India Open 2022

Two times Olympic medallist, Sindhu, will be taking part at the Indian Open 2022. Apart from her, World Championship runner-up Kidambi Srikanth will also be making his appearance at the event. The India Open is to take place from January 11-16 in Delhi. Due to the ongoing pandemic, the organizers have decided to hold the event without an audience. The event is a part of the HSBC BWF World Tour 2022 and the winner will take home a prize of USD 400,000.