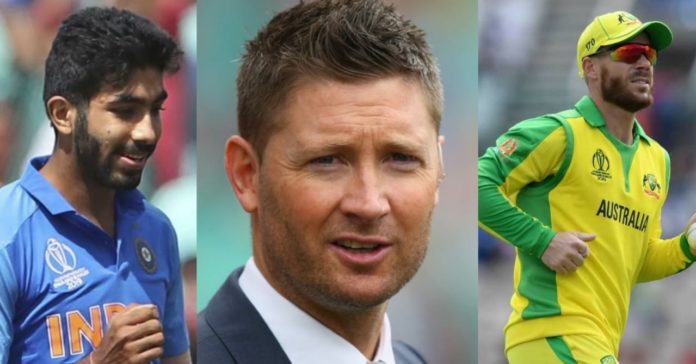 The 2015 World Cup winning skipper of Australia, Michael Clarke made a remark on who might win the trophy this year. According to Clarke, India and Australia are the two front-runners at the moment. This is contradictory to the comments of Kevin Pietersen and Michael Vaughan who think it could be England. 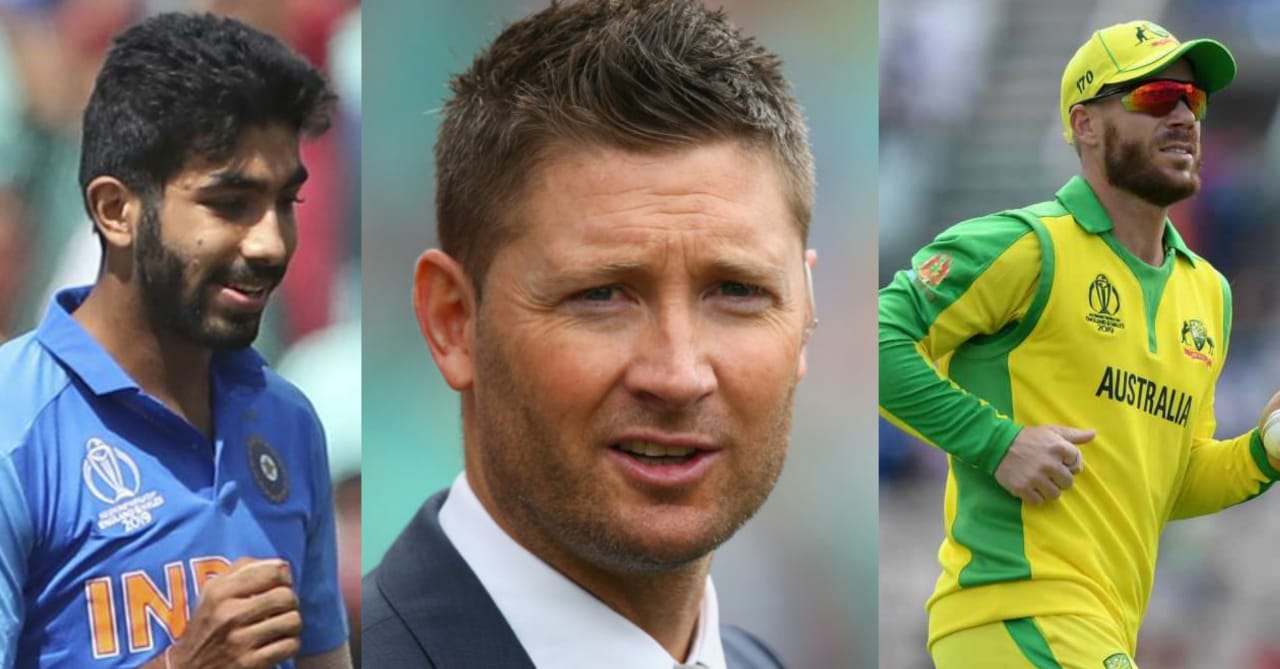 Clarke also claimed Bumrah and Warner as vital cogs in their team’s success. The rise of Jasprit Bumrah has massively impressed Clarke in the past couple of years.

Clarke feels that Bumrah has it all. He is fit and if he remains fit, he could be the man who will help India lift the cup.

But Clarke has also observed the threats to the frontline pacer from India. According to the former Australian skipper, David Warner could possess a threat to Bumrah. Warner is in red hot form at the moment with 447 runs in 6 games.

Clarke also added that the way Warner has played has surprised many, but he has been playing smartly. He has got two 150 scores already.

Furthermore, while praising Bumrah, Clarke explained why Bumrah is a difficult bowler to play. “Bumrah can swing and seam the ball when it is new. He can add that extra pace in the middle overs when the ball isn’t doing its bit. He can bowl at speeds close to 150 Km/hr, and then come the yorkers in the death overs. Bumrah is as good as any in the death,” Clarke said.

Clarke also went on to praise the Indian and the Australian skippers. Finch for Australia has been leading the side ‘impressively’. In Clarke’s opinion, Aaron Finch’s own form has been helping him in his captaincy.

The best part about Kohli’s captaincy, according to Clarke is the way he utilises his wrist spinners. Clarke has also liked the aggressive approach of the Indian team which has kept them unbeaten so far in the tournament.