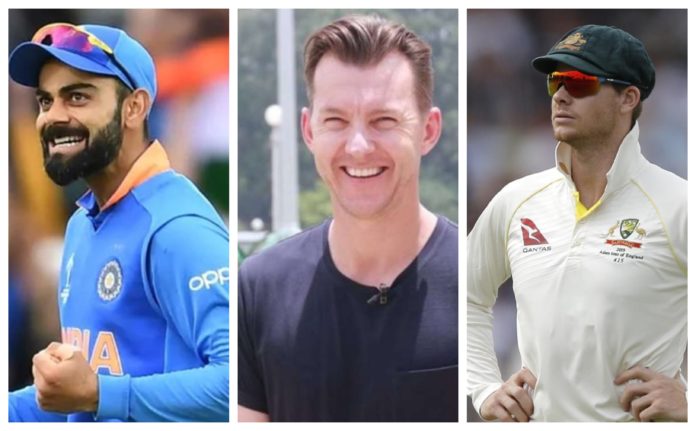 Virat Kohli and Steve Smith have been in a class of their own for a while and several former cricketers and pundits have tried to pick between the two. This time, former Australia fast bowler Brett Lee was put on the spot to make his pick. 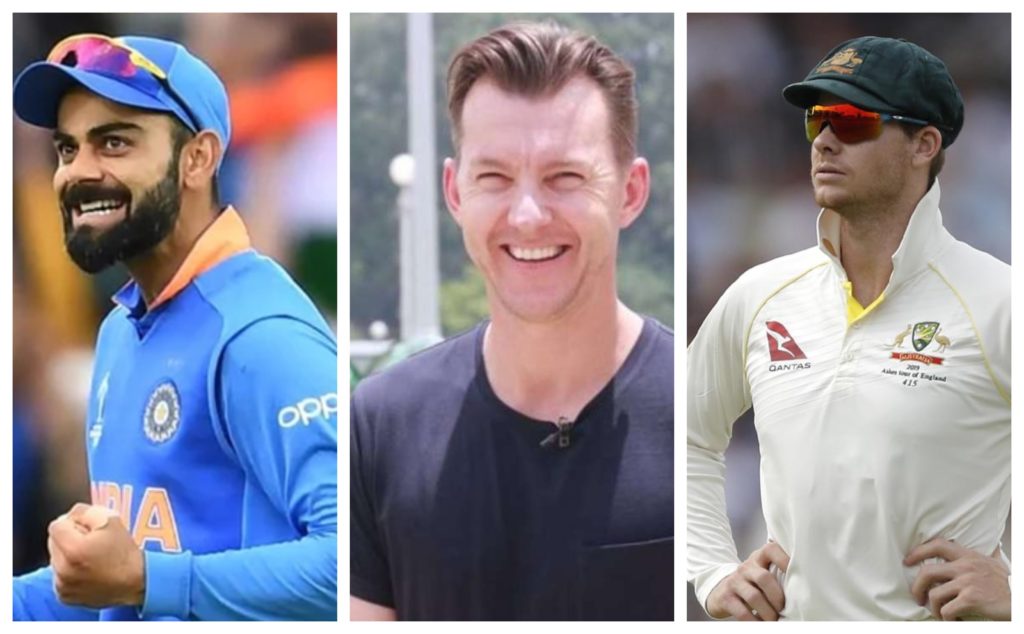 Former Zimbabwe cricketer and noted commentator Pommie Mbangwa has conducted several interviews during these testing times. While the topics of the interviews have been varied, one question remains constant, Virat Kohli or Steve Smith.

His most recent guest, Brett Lee, while admitting the greatness of the two players claimed that he would pick Steve Smith over the Indian skipper “at the moment”. He said:

“Look, it is so hard to pick because there are a lot of qualities in both that I enjoy. I try and look at from the bowling point of view, are there any flaws that I would try and exploit and there are very little.

“At the moment, I would go with Steven Smith because of what he has actually been through. You ask me this tomorrow and I might go Kohli. They are so hard to split mate, like splitting hairs and they are two great players.

Lee outlined Kohli as a technically sound batsman and noted his vulnerability to edge a delivery in the past and how he has gone on to overcome the flaw. He added:

You think about Kohli, technically sound, hits through the V. He used to knick off number of years ago, but tightened that up and doesn’t knick off as much now and is a lot more disciplined. Super fit, a great lead of his side. Kohli is definitely right up there,”

Commenting on Smith, Lee claimed that Smith has been through a lot and the way he has overcome the obstacles is nothing short of inspiring. He said:

“Steve Smith has been through a lot in the last couple of years, that rise back to stardom with the way he has played over the last 12 months. He is a different batsman as well, very flamboyant, he is so fidgety, ‘just relax that’s what you think to him’ but that’s what makes him the player he is,”

“He (Smith) could have been as good as (Don) Bradman and still may be that. He’s had some time out of the game but he was talked about him doing as well as Bradman in terms of his numbers,”