Former Australian fast bowler Brett Lee opined that Chennai Super Kings will be a tough team to beat in the UAE conditions due to the variety they possess in the spin department. Lee has picked the three-time champions to lift their fourth title at the end of the highly-anticipated tournament.

Despite the loss of Harbhajan Singh, Chennai Super Kings have the options of spinners like Ravindra Jadeja, Imran Tahir, Piyush Chawla, Mitchell Santner and Karn Sharma in their ranks.

The 43-year-old touted Ms Dhoni led Chennai Super Kings to lift the trophy by virtue of their impressive spin attack. He said:

“They (CSK) are up there. I have picked them to win and I think CSK have a good chance because of their spin attack,” Lee said on Star Sports‘ show Game Plan.

Lee claimed that as the tournament progresses, the conditions will suit the spin bowlers more and that leaves CSK with an advantage. He added:

“With Santner, Jadeja needs to step up and be the No 1 spinner and CSK have got great variety and none of the spinners are same, so they are at an advantage for the conditions in the UAE as the tournament progresses.” 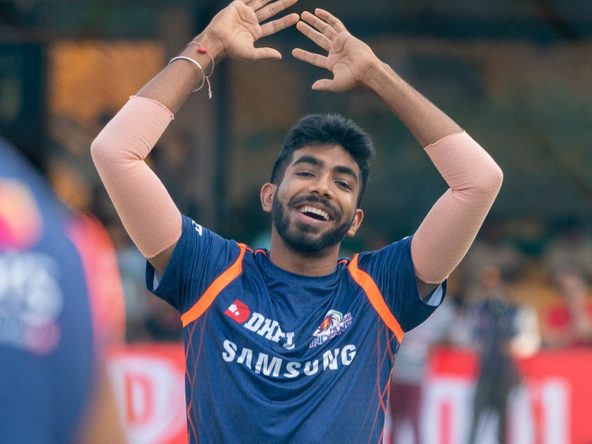 Four-time champions Mumbai Indians will be without the services of veteran bowler Lasith Malinga. The Sri Lankan opted out of the tournament due to personal reasons.

Being a fast bowler himself during his career, Lee said that he believes Jasprit Bumrah to step up and fill the void. He claimed:

“I am always Bumrah’s fan since he burst onto the scene some years ago. He has got a different bowling action, he pushes the ball in, and can swing the ball both ways. He is good with the new ball but I like him with the old ball and that’s why he can fill the shoes of Malinga and can bowl at death overs,”

“He can bowl at 140kmph and zoom the ball in at the batsman’s feet. He is bowling the yorkers consistently and there are very less bowlers like that, so he can fill those shoes.”

Brett Lee considers Mumbai Indians to make it to the playoffs this season. He concluded:

“Pollard is in form and we know what Rohit can do. They have Jasprit Bumrah, and some good spinners and some power hitters as well, so yes, they are in my top four.

Here’s what Kane Williamson thinks about the controversial ‘Mankad’ method!