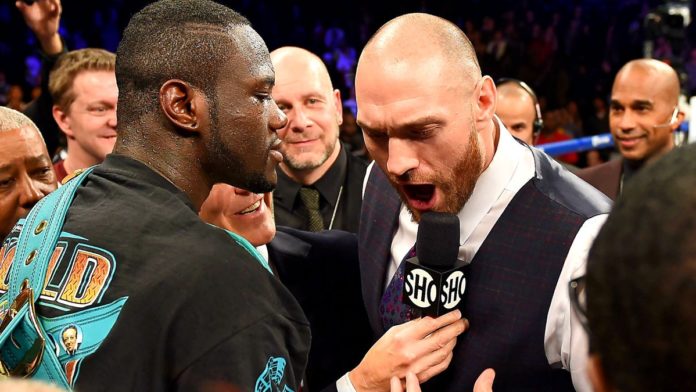 It’s all kicking off this afternoon in Belfast after a short time ago Tyson Fury weighed in for his bout this weekend with Francesco Pianeta in Windsor Park in Belfast.

WBC heavyweight champion Deontay Wilder is in attendance as he will be working on BT Sport and Showtime as a commentator for the fight.

But he’s made his presence felt earlier than tomorrow night at the weigh-ins a short time ago. 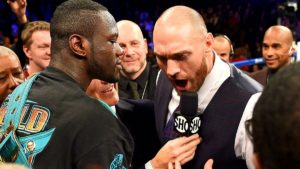 Fury came in extremely light, lighter than what most expected, but Wilder was right there to rain on his parade fresh off a plane from the US.

The hype train is now well and truly underway.

John Fury was a former fighter himself and since his release from prison in recent years has been side by side by his son Tyson for all of his fights.

Expect plenty more of this kind of stuff tomorrow and indeed the weeks and months ahead.

The Fury fight tomorrow night is the co-main event to Belfast’s own Carl Frampton who takes on Australian Luke Jackson.