‘Dilly Ding Dilly Dong’ indeed. Premier League fans across the globe have a reason to rejoice during the international break as Claudio Ranieri is back to the PL , this time in a Fulham suit. 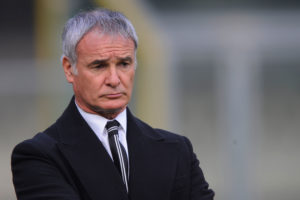 The Italian manager returns to England for a third time and to London for a second time after a 4 year spell at Chelsea from 2000-2004. Ranieri is set to replace Jokanovic at Fulham who was responsible for an abysmal run of form that has seen Fulham drop to bottom of the Premier League.

Shahid Khan , the owner of Fulham F.C. and a Pakistani-American billionaire chose to approach former PL winning manager Ranieri and will hope for another miracle , but in the form a rescue job contrary to Ranieri’s usual title challenging feats.

Ranieri said: “It is an honour to accept Mr. Khan’s invitation and opportunity to lead Fulham, a fantastic club with tradition and history.

“The objective at Fulham should never be to merely survive in the Premier League. We must at all times be a difficult opponent and should expect to succeed.

“This Fulham squad has exceptional talent that is contrary to its position in the table. I know this team is very capable of better performances, which we will work on straight away as we prepare for Southamptonat the Cottage.”

It will certainly be exciting to see the humble 67 year old back in the technical area of the PL and it is no doubt that our memories of his magical season at Leicester will be roused again.