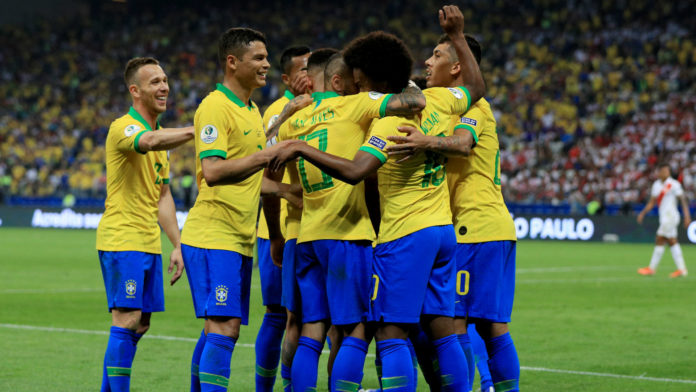 The Brazilian National side were able to beat Paraguay in the semifinal of the Copa America. The game went direct to the penalty shootout after end of 90 minutes. The defensive unit of Paraguay frustrated Brazil through out the whole match. Paraguay also had the psychological advantage in the tiebreaker as they knocked out the Selecaos previously from the same position in 2011 and 2015. 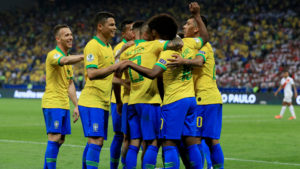 The coach of Brazil, Tite fielded his side with the usual 4-2-3-1 formation. Casemiro was missing the match with two yellow cards already in the tournament. The ball possession was under the control of the Selecaos from the very first minute of the match. However, they were not able to score due to lack of finishing ability of the attackers.

Paraguay were playing rough and tough football and their defensive unit stayed strong till the end of the regulation time. In the first half, the Selecaos tried to slow things down. They were not able to create many opportunities with having 65 percent of ball possession.

In the second half, the scenario changed after Fabian Balbuena left the field at the 58th minute of the match. Brazil kept of pressing the defense of Paraguay. Gabriel Jesus missed an open chance. Roberto Firmino was also not at his best in this match. The match ended with a scoreline of 0-0 after the end of 90 minutes.

In the penalty shootout, Alisson Becker saved the first penalty taken by Gustavo Gomez. Roberto Firmino’s penalty was not on target for Brazil; but Derlis Gonzalez missed the last one for Paraguay. Gabriel Jesus kept his calm to help Brazil going through to the semifinal of Copa America. Brazil will face either Venezuela or Argentina in the next round of the competition.