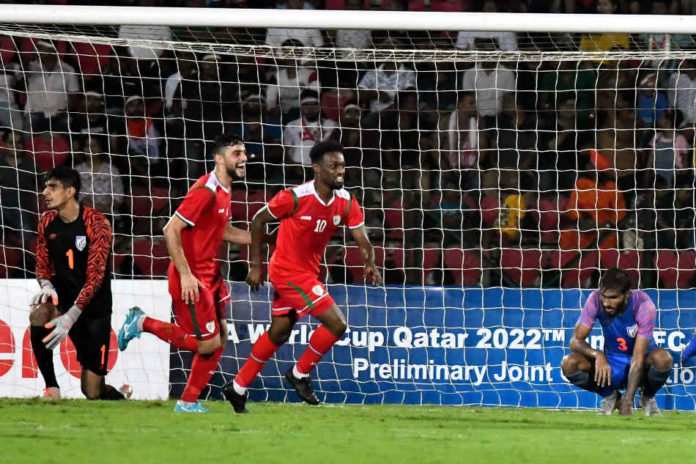 Skipper Sunil Chhetri’s strike wasn’t enough for India as they went on to lose 1-2 to Oman, in the opening game of the 2022 FIFA World Cup Qualifiers in Guwahati on Thursday. Oman scored twice through a Rabia Alawi Al Mandhar brace, both of which came in the final eight minutes of the match. 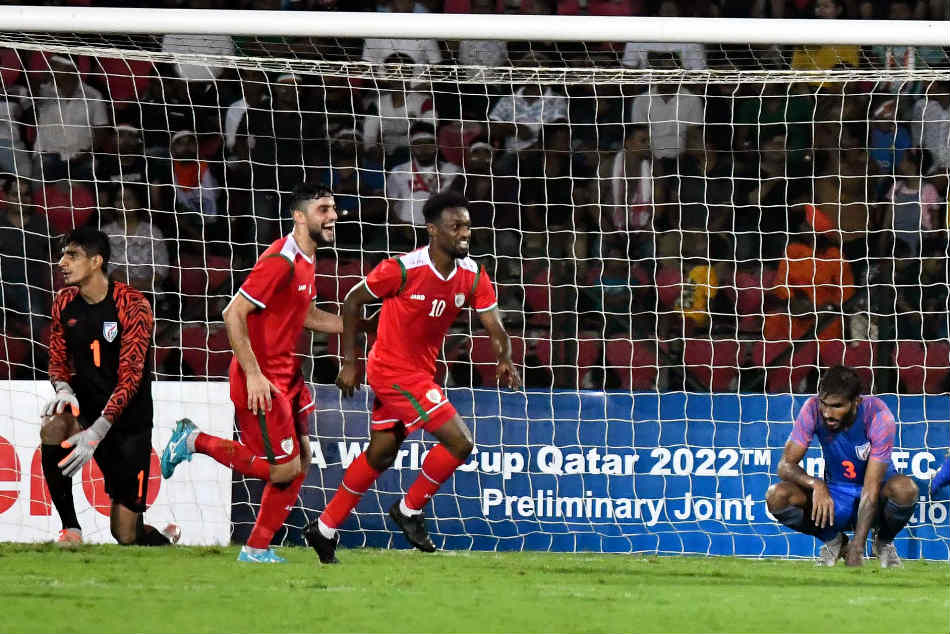 Earlier though, India dominated the first half with more shots and possession with the 35-year-old Indian captain, put them ahead on the 24th minute mark with his 72nd goal for the Blue Tigers. Meanwhile, Omani left winger Mandhar, flicked the ball past Indian keeper Gurpreet Singh Sandhu to restore parity in the 82nd minute. More disappointment followed after he completed his brace in the 89th minute silencing the vocal fans at the stadium.

Ashique Kuruniyan, who returned to the Indian squad after a while following his injury, created problems for the Oman defence with his pace down the left flank. He was fouled by Abdulaziz Al Ghailani during one of his runs and India earned a free kick on the edge of the box. Brandon Fernandes took the set-piece quickly and passed the ball in the middle of the box and Chhetri fooling his marker, scored with his left-foot, much to the celebration of the Indian fans. Prior to that, an effort from Udanta Singh was denied in the 15th minute by the crossbar and central defender Sandesh Jhingan failed to head the ball home from a corner taken by Anirudh Thapa in the 20th minute.

Oman pressed quite hard in the closing stages of the first half, with Gurpreet blocking an Ahmed Kano header in the 43rd minute keeping India’s lead intact for a while. However, the visitors had the last laugh as they made a strong fightback in the second period leaving both the Indian players and fans frustrated.