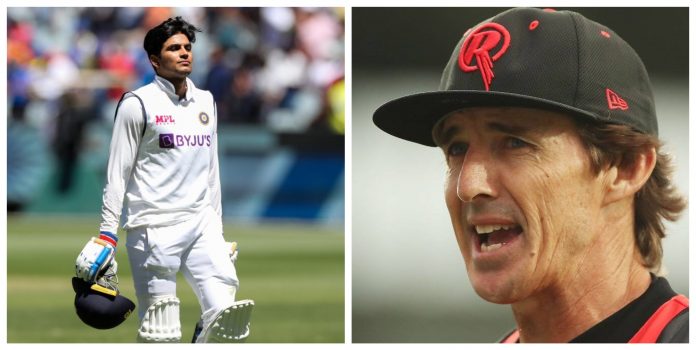 India youngster Shubman Gill has shared a fair share of success in his Test career. He had played brilliantly against Australia’s formidable bowling attack in the recently-concluded Border-Gavaskar Trophy. He scored a half-century in his second Test and helped India to have a better start at the top and who doesn’t know how Gill’s impressive knock of 91 in the fourth innings of the Brisbane Test, helped India win in the fourth and final Test. With this, India won the series against Australia as well.

However, Gill’s formidable form has impressed everyone, with several former players has already predicted him as the big thing for India. Meanwhile, former Australia spinner Brad Hogg said that Shubman Gill will be one of the best batsmen in international cricket in the coming decade as well, although he has revealed a technical flaw in his batting too.

“There is only one little chink in the armour that he has got to work on, that is getting back and across and covering the off-stump when the ball is moving away and has got a little bit of an extra bounce,” Hogg said on his YouTube channel.

However, Gill’s stunning show helped him seal the place at the opening along with Rohit Sharma. The formed a stable opening pair for India too. After having failure for a few times at opening, Gill and Rohit stitched a partnership of 70 and 71 runs in Sydney. Moreover, his stability left another opener, Mayank Agarwal, with no choice but to bat at No. 5 in the fourth Test.

Team India will soon host England in a full-fledged series. It will be interesting to see how Shubman Gill will continue his momentum.