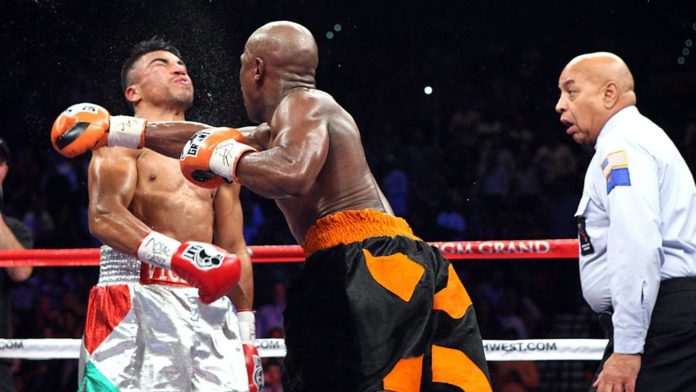 Former welterweight champion Victor Ortiz surrendered to police in Oxnard, California, on Tuesday after he was charged with three counts of felony sexual assault.

The woman’s report came the afternoon of March 19. Ortiz, who lives in Tarzana, 40 miles west of Oxnard, turned himself in Tuesday and was booked at the East County Jail in Ventura County. His bail is $100,000.

Charges were filed by the district attorney following an investigation lasting several months, relating to an alleged incident at a house in Oxnard, about 60 miles northwest of Los Angeles, in March then police put out an arrest warrant. 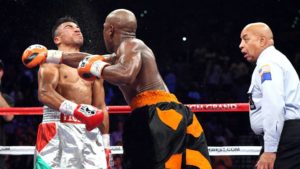 On September 25 Ortiz turned himself in at the Ventura County Sheriff Department’s East Valley Station around 3:00 p.m.

He became famous seven years ago in 2011 when he fought Floyd Mayweather and got knocked out after continuously headbutting Mayweather. He turned pro at the age of 17 and was dubbed by many as the next Oscar De La Hoya because of his Mexican American heritage. He also worked in numerous movies like “Expendables 3” and the boxing drama “Southpaw,” and he appeared on “Dancing With the Stars” in 2013.

Victor Ortiz was scheduled to face John Molina on Saturday in a 10-round bout in Ontario, California.