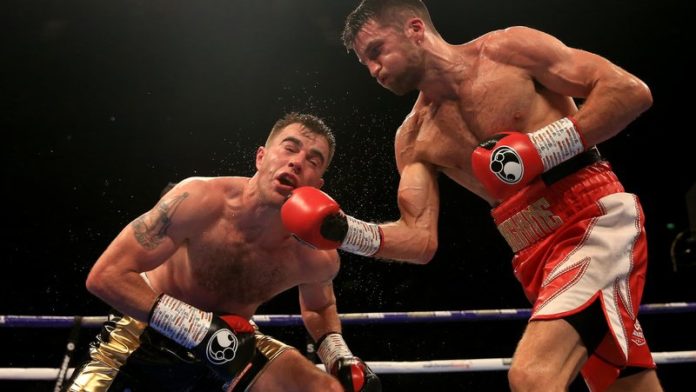 Liverpool prospect and Vijender Singh’s amateur foe Anthony Fowler landed a peach-perfect left hook on O’Brien last that saw his career continue to progress at a rapid pace. Fowler beat Vijender Singh in the finals of Commonwealth Games in Scotland.

Fighting on the undercard of on the undercard of the Dillian Whyte heavyweight clash with Joseph Parker and Katie Taylor’s WBA world title fight against Kimberley Connor, O’Brien came face to face with top English prospect Fowler in this scheduled eight-round contest. 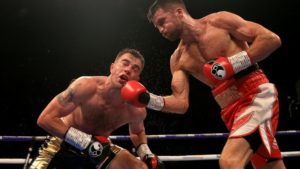 The Liverpudlian, who also came into this fight with an unblemished professional record, started to take control in rounds four and five and was starting to dominate the Dubliner who took the fight on short notice.

And the sixth round was barely underway when Fowler landed with a near-perfect left hook to catch O’Brien flush and the Irish champion, off-balance as the blow landed, collapsed against the ropes and to the canvas.

Wow. Anthony Fowler KO’s O’Brien with the first punch of the 6th round.

(O’Brien has left the ring on his feet👌) #WhyteParker pic.twitter.com/LmnjsPieUv