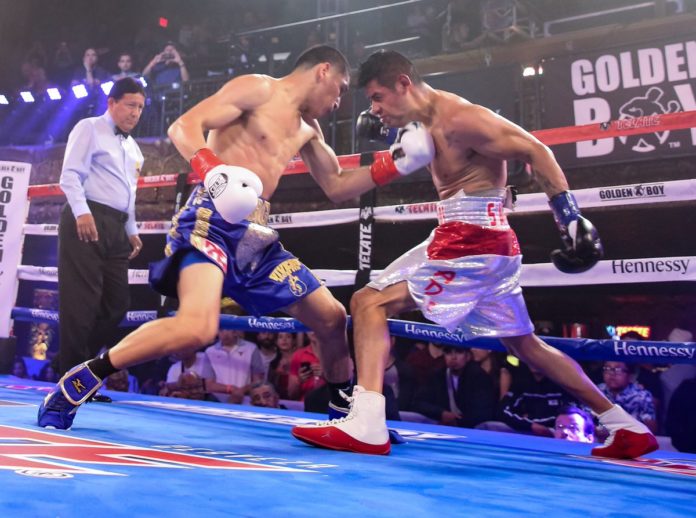 From the Belasco Theater in Los Angeles, California red-hot prospect Vergil Ortiz Jr. improved to 10-0 – all by knockout – with a third round stoppage of former super featherweight champion Juan Carlos Salgado, who fell to 27-8-1.

Ortiz, of Dallas, opened the bout behind his jab, controlling the distance the fight was taking place at. A little over 45 seconds into the bout Ortiz landed a left hook to the body that visually hurt his opponent. Salgado being the tough veteran he shakes the shot off and started throwing punches of his own. 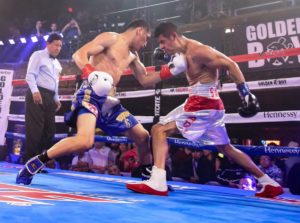 Round two saw Ortiz continue to have success both upstairs and downstairs as he continued to work off of his jab. Entering round three it felt as if Salgado was on borrowed time especially considering Ortiz had finished all of his previous opponents before the start of a fourth round.

Just a smidgen under two minutes of round three saw Ortiz land another vicious left hook to the body, this time sending the former two time world champion to the canvas. It was immediately obvious that Salgado wasn’t getting up as the referee called a halt to the bout at the 1:52 mark of round three.

It was Ortiz first fight with new trainer Robert Garcia and he appeared to pick up right where he left off with Joel Diaz in his first nine fights. It’s unclear what’s next for the Dallas native at this time but one thing is certain, the future is bright for Vergil Ortiz Jr.