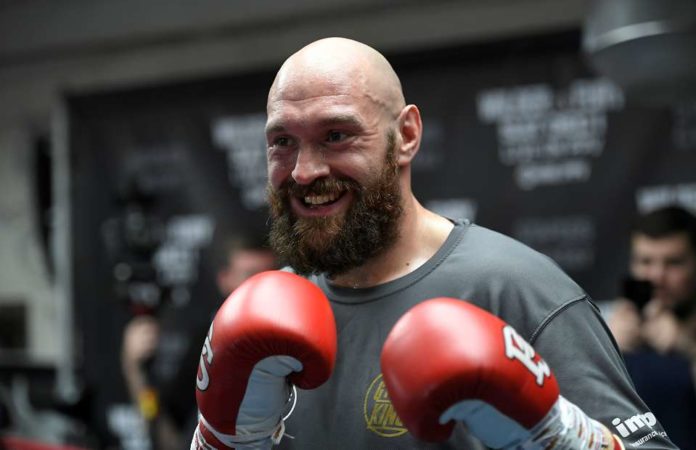 Tyson Fury is all set for the biggest fight of his life against the hard-hitting American WBC heavyweight champion Deontay Wilder on Dec.1 at the Staples Center in Los Angeles, California.

Tyson Fury was off the ring for nearly three years before making his comeback this year and in August, In front of a 25,000-sellout crowd at Windsor Park, Fury shook off any ring rust and showed genuine focus for the task against a limited opponent.

Despite his out-of-the-ring problems, lay-off and lack of action against top-level opponents, the Manchester-based boxer feels ready for Wilder, who will make the eighth defense. 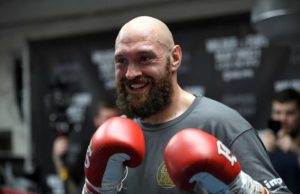 However, the comeback wasn’t easy as Fury had put on a staggering 400-pounds and used to drink nearly 100 pints of beer a day.

Speaking to American broadcaster Showtime, he said: “I rang my wife up and said to me wife: ‘I’m coming back to boxing’, to which she replied: ‘No, you’re not. You’re too fat!

“In England, we have pints of beer. It’s like a big thing, I used to drink 20 of them like four or five times a week.

“I’m disfigured for life. I’ve got stretch marks all over my body.”

For the upcoming fight, Fury has based himself at Big Bear Lake in California where some of the most well-known fighters have previously trained.

“I’ve been training up there for two weeks and feeling like dog s*** every day.

“I feel like I can’t do five rounds up there because I can’t breathe, so we wanted to see if I’m fit or not.

“We’ve come down and I’ve done 12 rounds here today at lightweight pace, and I smashed it. So I’m fit.”