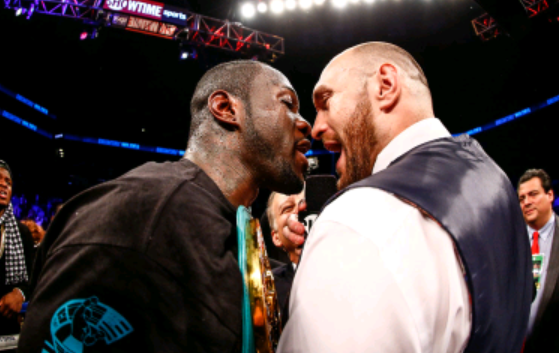 Tyson Fury took to social media this morning and started by apologizing to Wilder for the “bad deal” he got from team Joshua. Afterward, he told Wilder he would welcome a fight with him, however. 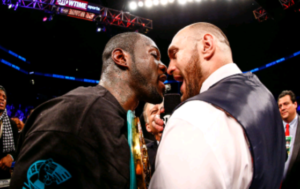 “Deontay Wilder, I’ll apologize on behalf of Eddie Hearn and Anthony Joshua for stringing you along. Basically, I’ll apologize because they’re from the same country as I am. Let me tell you, you’re talking, looking at the original, real, world heavyweight champion from this country. Me!

@bronzebomber knock on my door 🚪 & I promise I’ll answer! I’m the Real heavyweight champion #LINEAL IF U WANT SOME ILL GIVE IT IT YOU.

“They won’t fight you. They’ve took 3 months stringing the fans along with no intentions of fighting. I’ll fight you in 3 seconds, never mind 3 minutes. Get your boss, Al Haymon, send me the contract and I’ll show you how long it takes to sign it. Whallop! 10 seconds, done! Signed, stamped, delivered, photograph taken, uploaded on Instagram.

“You wanna fight the best this country’s ever had? Knock knock on my door and see if the Gypsy King doesn’t answer. Bum! The ball’s in your court.”

Fury is scheduled to return in August as part of a card with him and Carl Frampton. While this is just the opening volley, it’s definitely one that team Wilder needs to take a very serious look at.