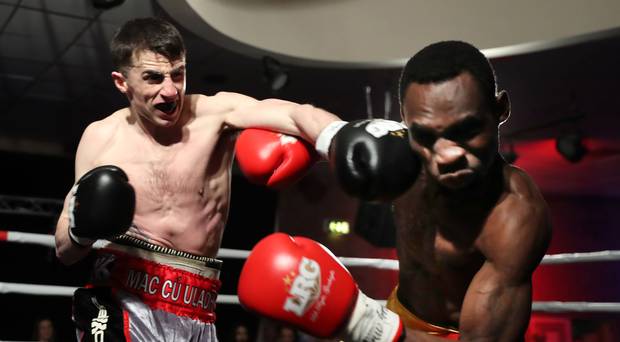 Tyrone McCullagh was able to pull himself up off the floor to claim the BBBoC Celtic super bantamweight title. The belt was once held by Carl Frampton. McCullagh versus Joe Ham was pushed as one of four 50/50 fights on the Michael Conlan Homecoming card.

Ham pressured McCullagh for most of the 10 rounds and always looked like he at least had a punchers chance. In fact at the tail end of the third Ham put the fighter he shared plenty of verbal jabs within the build-up on the seat of his pants. 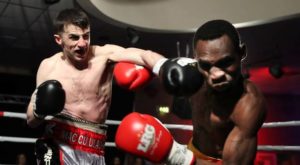 It was almost at the end of the round when McCullagh got “caught”. He was able to beat the count and recover to win in relative style.

The Derry native never succumbed to Ham’s pressure. Boxing on the back foot, with superior footwork, timing and out put McCullagh ended up a clear winner. The final tally on the scorecards was 97-92, 98-92, 98-92.

The win moves McCullagh to 11-0 with 6 knockouts and should see him become the mandatory challenger for the British title and the winner of Jazza Dickens and Michael Ward’s July 27 meeting.