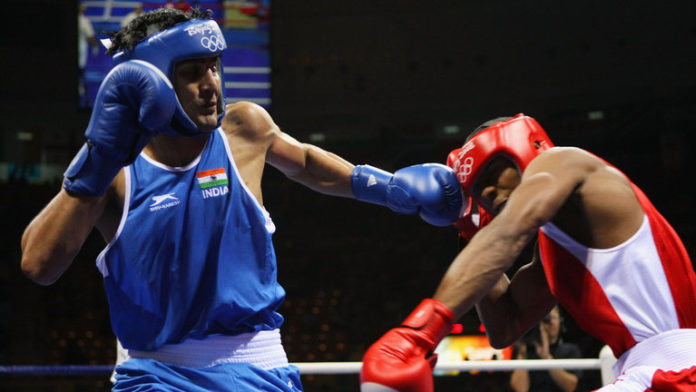 Boxing is a very popular sport in India and at international level, India has had a decent amount of success. In India, Boxing has produced legends like MC Mary Kom, Vijender Singh, and a lesser known Legend Hawa Singh who was an eleven-time national Heavyweight Champion and a two-time Asian Games Gold Medalist. Vijender bought a mass interest in Boxing back in 2008 when he won a Bronze Medal at the Beijing Olympics. Believe it or not, as a kid, that moment made me a hardcore boxing fan. It’s been 10 years ever since Vijender became the first Indian to win a Boxing medal at the Olympics and after that MC Mary Kom became only the second Indian Boxer to have medalled at the Olympics.

Despite the success at the Olympics and mass public interest, India has yet to produce a star like Viju and Mary in Boxing. However, things are changing rapidly and Indian Boxers today have been putting a dominant performance and beating some of the best Boxers on the planet.

Here I include a list of Top 5 most important moments in Indian Boxing that every Indian should know and feel proud of.

This fight dates back to Commonwealth Games which took place in 2010 in Delhi.  Vijender thrashed England’s Frank Buglioni 13-3 despite a bloodied nose.

Vijender out-witted Frank, who repeatedly tried to hit him on his injured nose. Vijender, however, suffered a nose injury which was later revealed to be a broken nose. Scoring through punches and left hooks, the Indian was up 3-1 up in the opening round. Vijender remained ruthless and landed some telling jabs on Frank. Buglioni ran out of steam in the final three minutes and Vijender even dared him with an open guard after taking complete control of the bout. 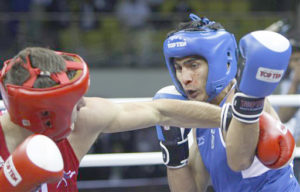 What’s most special about this victory was that Frank Buglioni later went on to become a talented professional Boxer who later went on to challenge for a world title and also became British Light Heavyweight Champion having fought on a recent PPV event in front of 80,000 fans on the undercard of Anthony Joshua vs Carlos Takam.

Probably a lesser known Gem of Indian Boxing was Venkatesan Devarajan, he broke new grounds and scaled new heights for Indian Boxing back in 1994 when he became the first Indian to win a Medal at the World Cup. When Deva won a bronze medal in the featherweight category at the 1994 World Cup in Bangkok, what struck many was his baby-face. It was radically different from the face of a boxer. 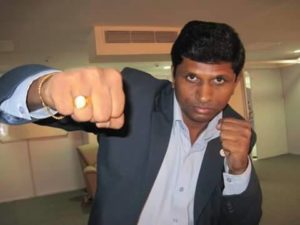 One of his scalps, Mongolian Lkhagva Dugarbaaatar who Venkatesan absolutely destroyed in the ring, Lkhagva later went on to become a professional WBA Super Featherweight title, a respected World title once also held by Jorge Linares.

Indian boxer from Mizoram N.T. Lalbiakkima scripted history last month by defeating world number 1 and Olympic gold medallist Hasanboy Dusmatov of Uzbekistan in the President’s Cup, an international boxing tournament which took place in Kazakhstan. Lalbaikima went on his way to absolutely dominate the Uzbek Olympic Champion and beat him 4-1 on scorecards.

The 22-year-old from Saiha in southern Mizoram is the first Indian to have beaten a reigning Olympic gold medallist.

Indian Heavyweight pugilist Paramjeet Samota has a victory over former Joseph Parker back in the amateurs. Paramjeet had beaten Parker in Commonwealth games in Delhi back in 2010 in a grueling back and forth war. Samota trailed 0-1 in the opening round but came back strongly with a flurry of straight punches to unsettle his rival. The two boxers were tied 3-3 in the second round but the Indian nosed ahead in the final round as Parker began to tire out. 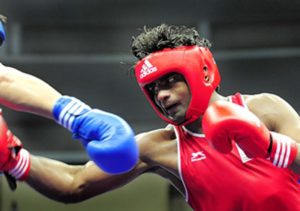 This victory is special for Paramjeet and puts him on this list is because Parker is now a terrific professional Boxer who is also a former WBO World Heavyweight Champion and has only lost to Anthony Joshua and he is scheduled to fight Dillian Whyte on Sky Sports Box Office in about two weeks time to get back in line to fight for a world title again.

This is probably Vijender Singh’s best victory in the amateur ranks. This fight took place in 10 years ago in the Beijing Olympics and Vijender not only beat Jack, he went on his way to dominate and embarrass Jack inside the ring, Viju beat Jack 13–2 in the round of 32 and he later went on to win the Bronze Medal for India. 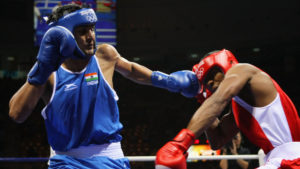 This victory is very special for Vijender as Badou went on to become WBC Super Middleweight Champion. He most recently went on a 12 rounds war with Adonis Stevenson for the WBC Light Heavyweight title and last year he fought on the undercard of Floyd Mayweather vs Conor McGregor which is the second biggest Pay-per-view fight in the history of combat sports. In fact, Vijender himself was present in the T-Mobile arena watching the fight.

Boxing: The misery of Indian amateur boxing and how it overcame it