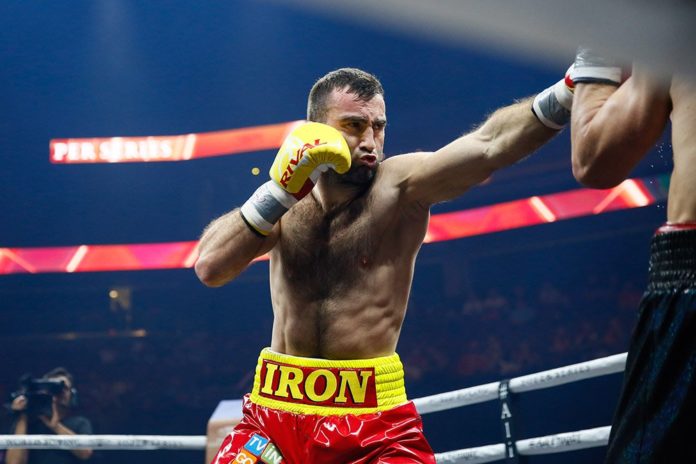 It is no secret that people watch boxing is because they are anticipating a knockout and want to see some real violence inside the ring. Everyone is familiar with the likes of Deontay Wilder, Gennady Golovkin, Anthony Joshua etc, but here I am going to compile a list of most devastating active knockout punchers you haven’t heard of and should definitely start following them.

Jaime Munguia was relatively unknown to the Boxing fans until two months ago when he made his HBO debut against Sadam Ali. Munguia who is only 21 years old has a professional record of 29-0 with 25 of his victories coming by the way of Knockout. This Violent Mexican Power puncher got the opportunity to showcase his skills and power punching capabilities on May 12 when he brutalized WBO Junior Middleweight Champion Sadam Ali by dropping him twice in the first round, once in the second, and then once more in the fourth before the referee was forced to step in and wave off the fight.

Ali showed some real heart but he was simply outgunned in this fight and was taking serious damage.

Another young Violent Mexican origin world champion has made it to this list of hardest punchers. Benavidez is only 21 years old and is the current WBC world super middleweight champion and has a professional record of 20-0 with 17 of them wins coming by the way of knockouts.

Benavidez has quickly climbed to the top of the ladder by his flashy style, vicious power, terrific speed and heart of a champion. Benavidez’s breakthrough fight came last year against Rogelio Medina where he was offered the main event slot on Showtime and he brutally punished him on live television. Porky Medina is not your usual journeyman, even Olympic gold medalist and former IBF world champion James Degale went life and death with Medina for a 12-rounds hard fought victory.

Nicknamed as ‘MONSTER’ and rightly so, Naoya Inoue is one of the best pound-for-pound boxers on the planet. Inoue, who boxes out of Yokohama, Japan is 24 years old and has a professional record of 16-0 with 14 of them coming by the way of knockout. to just give the readers an idea of how good Inoue is, one simply has to look at this professional record, he is the second fastest boxer in the history of the sport to become a three-division world champion. Inoue started his career as a light flyweight in 2012 and recently won his world title by beating World champion from Britain named Jamie Mcdonnell who had five-inch height and reach advantage over him, but it still didn’t matter as it only took Inoue less than 2 minutes to demolish the Brit.

The youngest boxer on this list and the only heavyweight I have included is 20-year-old prospect from Greenwich, United Kingdom named Daniel ‘DYNAMITE’ Dubois.

Although still a prospect, he is the most violent puncher in boxing having knocked out everyone he has faced till now in his professional career, his professional record is 8-0 with 8 knockouts, He is rumored to have dropped current unified world champion Anthony Joshua in a sparring session. He is dubbed by British boxing pundits as the next future British heavyweight star. Standing at 6 foot 5 inches tall, he is still growing and has yet to gain his men strength. He is still very young and only sky is the limit for this young man.

Murat Gassiev is probably the most violent cruiserweight in the history of Boxing. This 24-year old Russian currently is trained by Abel Sanchez who also trains one of the hardest hitters in boxing Gennady Golovkin. Murat holds a professional record of 26-0 with 19 of them coming by the way of knockout. 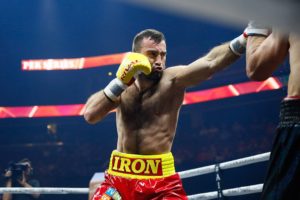 The most special thing about Murat is that he has had a very short amateur career and has only had 24 amateur fights in Russia before he decided to turn pro. Even with limited amateur career, Gassiev has had a phenomenal success inside the ring and tonight he will be fighting for the biggest fight of his career against Oleksandr Usyk for the undisputed Cruiserweight title. Only two Boxer before have had the glory of being crowned as the undisputed Champion and they were Evander Holyfield and David Haye.