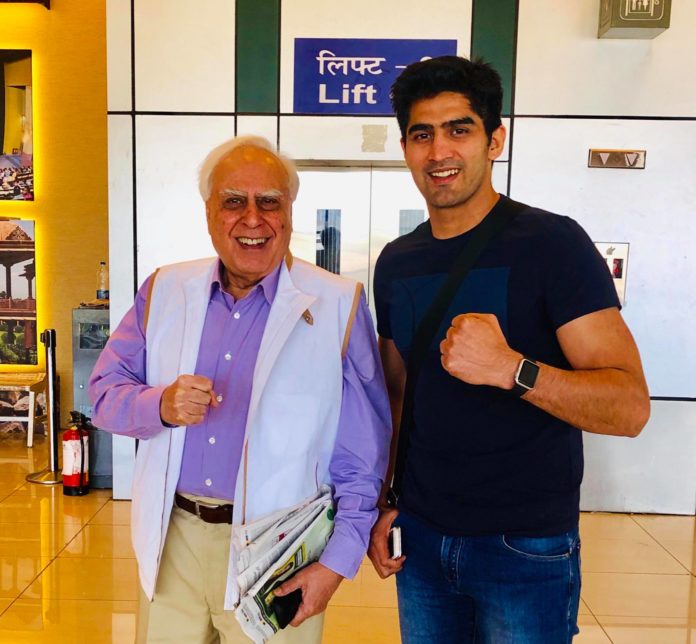 Indian Boxing star has made his foray into the Indian politics as he announced on Twitter that he has joined the Congress party. 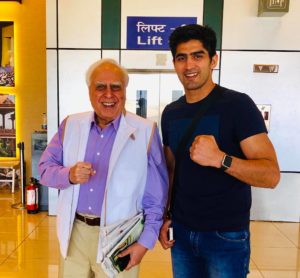 There is a high probability that Congress party will field Vijender as it’s candidate from South Delhi constituency. The grand old party will be banking on Singh’s popularity to attract Jatt and Gurjar voters as his constituency is situated in near the bordering state of Haryana.

In more than 20 yrs of my career in boxing i have always made my country proud in the ring. Now its time to do something for my countrymen & serve them. I would like to accept this opportunity & thank @INCIndia party @RahulGandhi ji @priyankagandhi ji for this responsibility

In a tweet, Vijender said that he had made the country proud in his boxing career. “Now it is time to do something for my countrymen and serve them,” he added. “I would like to accept this opportunity and thank the Congress, Rahul Gandhi Ji and Priyanka Gandhi Ji for this responsibility.”

Congress Central Election Committee announces the candidate for the ensuing elections to the Lok Sabha from South Delhi constituency of Delhi pic.twitter.com/9OeQv2FA9H

Last year Vijender Singh signed with Bob Arum’s Top Rank promotions and was scheduled to fight at the Staples Center in Los Angeles, but had to pull out of the fight following an injury right above his eyes.

So far he has won ten of his professional fights with seven of them coming by the way of knockout. In his last fight, he defeated Ernest Amuzu via unanimous decision.