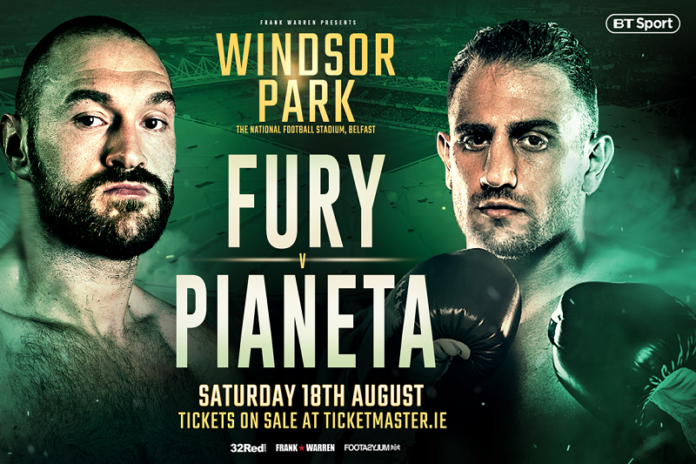 Showtime will air the Carl Frampton and Tyson Fury doubleheader on August 18 from Belfast, Ireland.

The network also televised both Frampton and Fury’s last fights. This is a homecoming bout for Frampton who’ll face the undefeated Australian Luke Jackson (16-0, 7 KOs). 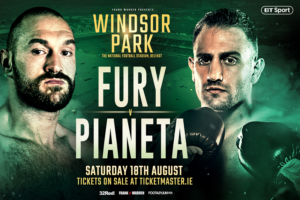 Fury will serve in the co-main event against Francesca Pianeta. More than likely, a win for Fury call for a showdown with WBC heavyweight champion Deontay Wilder later this year.

Pianeta, 33, is a former WBO European and EBU EU champion and knows beating Fury will put him in line for another world title fight.

Fury (26-0) became the world’s premier heavyweight and Ring Magazine champion when he took the IBF, WBA and WBO belts from Wladimir Klitschko in November 2015 – becoming the first man to defeat the Ukrainian great in more than 11 years.

For those of you who don’t have the Showtime subscription through your cable provider, don’t worry. You can watch the card on Showtime’s Facebook page or their YouTube channel.