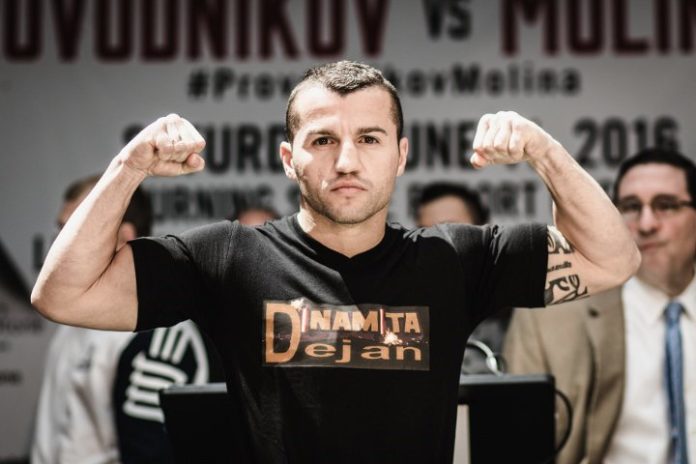 In what was a short but action-packed fight, Zlaticanin suffered a broken nose and broken jaw. Ramirez was rocked early himself but dropped Zlaticanin twice to get the second round stoppage.

To give you an idea of how big of an upset this was, Zlaticanin was listed as high as a 10,000 to 1 favorite in some places. 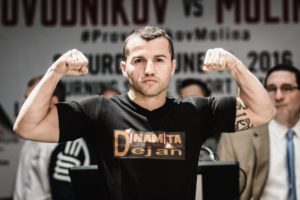 Before Zlaticanin lost Thursday night, promoter Lou DiBella had hoped to guide the strong southpaw back to a title shot. Zlaticanin is ranked No. 9 in the WBC’s 135-pound ratings.

“Dejan is a fighter with an exciting style,” DiBella told BoxingScene.com before Thursday’s loss. “He’s strong, hits hard, and comes forward. We’ll see what options there are after this fight, but I believe he is one of the top lightweights in the world. He has the ability to fight and beat many of the top fighters in the division. Mikey [Garcia] is an exceptional talent. Dejan got caught and has moved on from the fight.”

The main event featured unbeaten welterweight prospect Mikkel Les Pierre against Gustavo Vittori. Pierre was able to stop his opponent in round seven to improve to 20-1-1 with 9KO’s, while Vittori falls to 22-4-1.