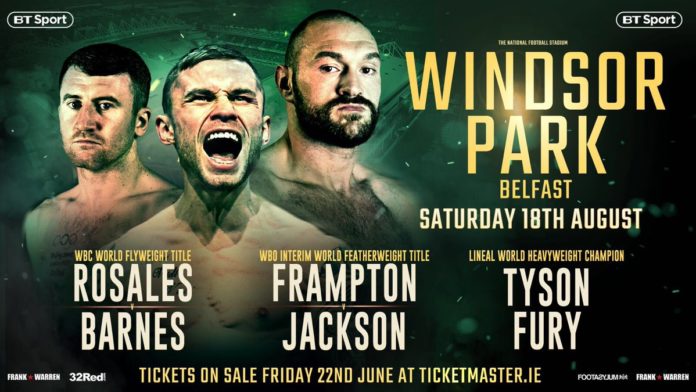 Paddy Barnes [5(1)-0] will get the chance to become the quickest Irish world champion at Windsor Park on August 18th when he challenges WBC flyweight titlist Cristofer Rosales [27(18)-3(0)].

The Cliftonville little man believes the timing, the stage, and the opposition are all right in what will make for a special night at the football stadium.

“I’ve been boxing for 20 years and I made history by becoming a two-time Olympic medallist. Now I can become a world champion early in my pro career and make more history.”

“My last fight was back in November but I’ve been in training camp since January as the original plan was to fight in March. It’s been frustrating but I always have faith in MTK Global and they’ve delivered.” 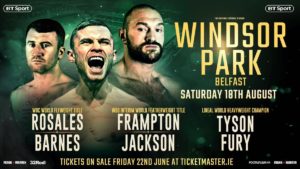 Barnes is well-versed on the Nicaraguan champion and described how “he’s on a knockout streak so I know he can punch but he’s also a very good boxer.”

“He’s only lost three times to high-class opponents like Kal Yafai and Andrew Selby. Yafai outmuscled him and Selby outboxed him. I’m hoping I can do a bit of both.”

“I think our styles will gel perfectly and the fans are in for a real war.”

While Solitude or the awaited Casement Park may be the preferred Belfast stadiums of Barnes, the 31-year-old can’t wait to fight in front of 20,000-plus at Windsor.

He outlined how “the atmosphere on the night will be absolutely incredible. Belfast as a city is full of knowledgeable boxing fans and they’ll get behind me against a very good world champion.

“I’ve fought all around the world in massive arenas and I loved it every time. This one will be extra special as it’s in my home city. I won’t be fazed by it – it will inspire me.”