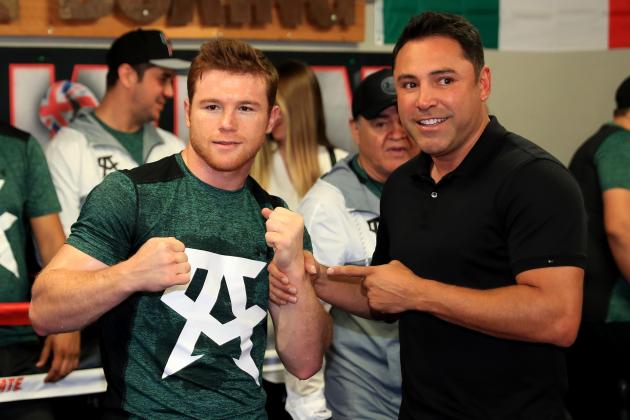 Back in 2014, Canelo Alvarez left Showtime to return to HBO after signing an exclusive multi-fight contract. Now it has been revealed by Golden Boy CEO Oscar De La Hoya and promoter of Canelo Alvarez, that the rematch with Gennady Golovkin is last fight under HBO’s contract and he is looking for a new TV deal for his star boxer.

Canelo has had six-fight with HBO till now with five of them being on Pay-Per-View. Canelo with HBO has had a decent run on HBO. His first PPV fight under HBO was against Puerto Rican legend Miguel Cotto, which was a successful fight on box office having sold 900,000 buys. His next two fights were against Amir Khan and Liam Smith which sold around 600,000 and 350,000 PPV buys respectively. 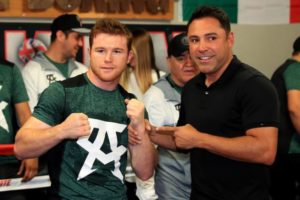 Leading up to the rematch against Golovkin, the fight is expected to break PPV records set by the first fight and it comes with a hefty PPV price of $84.95 to watch it on HD.

However, HBO has been on a decline recently and it looks like they are not committed to boxing anymore.

“It makes me wonder if HBO even wants to be in boxing. … Given the circumstances that boxing is in line at this moment, with ESPN, DAZN and the fact that Fox television has paid millions and Showtime’s doing many things, it’s going to be very interesting for us and Canelo to see what HBO can do to keep him.”

Boxing: Canelo vs GGG 2 gets a solid undercard fight