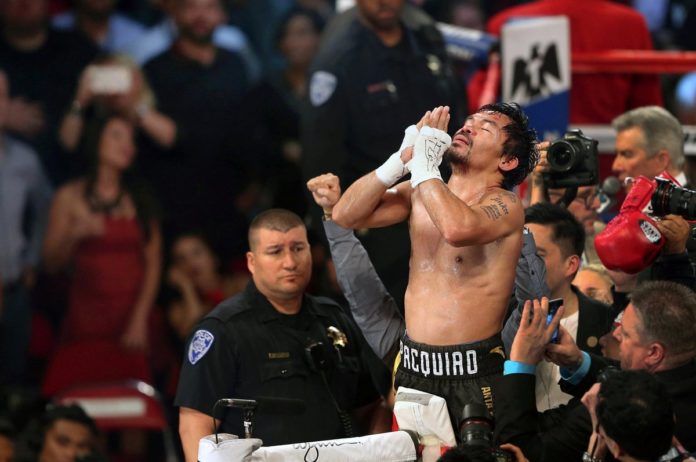 Manny Pacquiao (38), will be fighting for the first time since losing his WBO welterweight title against Jeff Horn – a decision loss that didn’t sit well with many boxing fans around the world. He has a chance to redeem himself by taking out Matthysse and becoming a world champion again. 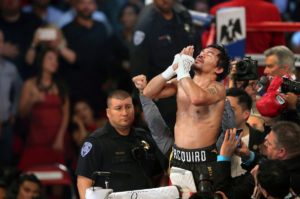 De La Hoya believes the Mayweather-Pacquiao result would’ve been “a lot different” had they boxed before finally fighting in May 2015. Mayweather, who was 38 when they fought, out-pointed Pacquiao, then 36, convincingly in their 12-round welterweight fight in Las Vegas.

“Pacquiao would have beaten him easily,” De La Hoya told the Philippine Daily Inquirer after a press conference Thursday for the Pacquiao-Lucas Matthysse fight. “In their prime? Absolutely.”

“I’ll tell you the truth – I’ll give Floyd the advantage over Manny any day because Manny has been in wars,” De La Hoya said. “Manny has fought better opposition in their prime. He has more wear and tear. He has had a longer, better career than Floyd and Floyd fights once a year. He takes care of himself. He trains all the time, so Floyd is fresher. He doesn’t fight like Pacquiao. Pacquiao gets hit and keeps coming. That just wears you down. So I have to give Floyd the advantage, as much as I love Pacquiao.”