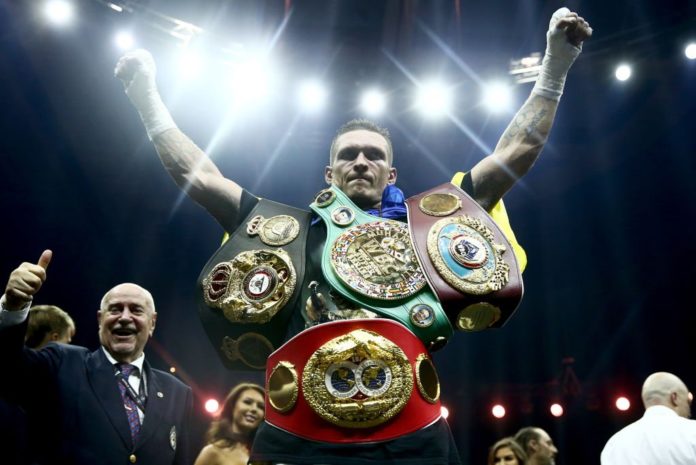 Four fights ago, Usyk had the worst showing in his professional career when he took on Michael Hunter. Although he took a unanimous decision win, it was this fight where we saw an Usyk that remains a bit too long in the pocket. Consequently, giving opportunities to an opponent who otherwise cannot measure up to his boxing ability.

We witnessed more of the same in his majority decision win against Mairis Briedis in the semi-final of the WBSS. It was apparent going into the WBSS final that he cannot fight Gassiev in the same manner he fought the two aforementioned opponents. The way he fought Krzysztof Glowacki to gain the WBO title in 2016 would be the correct game-plan here. 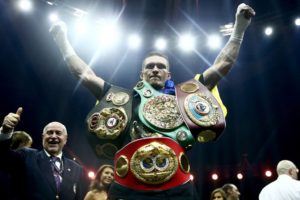 Gassiev is a cerebral fighter who is great at recognizing patterns. If he is given opportunities to catch you, he will.

The dominant display turned in by Usyk is a testament to his superior ring IQ. He knew exactly what he had to do and made sure he did not commit the same mistakes as he had in the past.

For the entire fight, Usyk stayed on the outside fighting behind the jab. He also made sure to keep circling to his right away from Gassiev’s power hand. Whenever his opponent would try to close the distance, he would keep the jab in his face in order to keep him in a high guard.

If Gassiev elected to jump in instead of walking the champion down, Usyk would step back and throw three or four punch combinations to stop him in his tracks.

In essence, Gassiev’s footwork was too slow to keep up with the busier and faster Usyk. He struggled to get into a rhythm the entire fight. He also could not find the proper openings to mount a respectable offensive attack on his continuously moving target.

Oleksnadr Usyk becomes the first undisputed cruiserweight champion since the late O’Neil Bell defeated Jean Marc Mormeck in 2006. He has made statements in the past about making a move up to heavyweight. Also former pound for pound king Andre Ward has talked about a possible comeback to face Usyk.