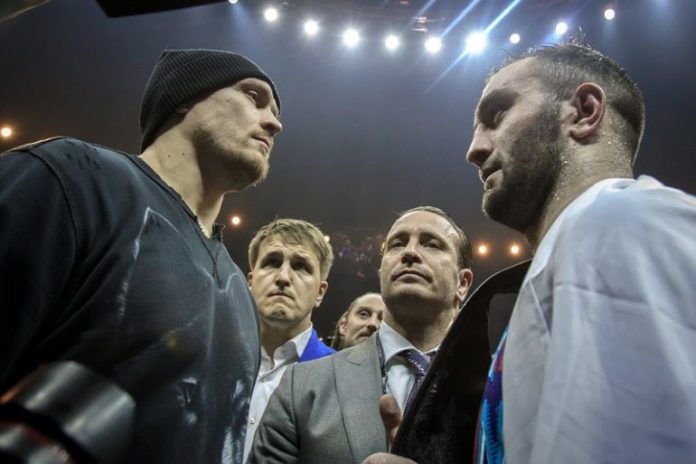 The World Boxing Super Series Cruiserweight Tournament has been a treat for the fans to watch. There were rumblings throughout the week that Oleksandr Usyk was refusing to fight in Russia and that the final match was in jeopardy of not happening at all.

Well, today Usyk has come out and stated, that he no longer objects to have the bout in Russia. The contest is being negotiated for July 21st in Moscow. A press conference can come as early as Monday where it is expected that the date and venue will be announced. 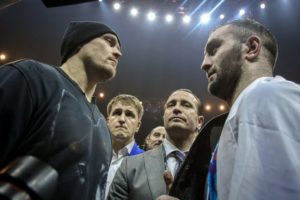 It’s been a great tournament as the winner will become the undisputed champion of the cruiserweight division. The fact all the major sanctioning bodies will have all the belts on the line is a sure sign, that the tournament got it right. It truly pinned the best in the division against one another.

The finalist Oleksandr Usyk and Murat Gassiev should bring a very appealing matchup. These two men are clearly the best in the division.

Gassiev made it to the finals by defeating Yunier Dorticos by twelfth round TKO. It was a bout that showcased his talent and showed the world just how good he is. He will have the treat to fight in front of his home crowd, where he has a huge following.

Usyk, on the other hand, traveled to Latvia, where he defeated Mairis Briedis by majority decision. It was a good bout that left Usyk a little upset as he felt he won unanimously. Which is probably why he was so hesitant fighting Gassiev in Russia originally.

Both men are undefeated, highly skilled, with a very good in-ring IQ. It’s truly a very underrated matchup just like the division they fight in. Now, that we finally have confirmation that the bout will indeed take place, the real winners in this are going to be the fans.