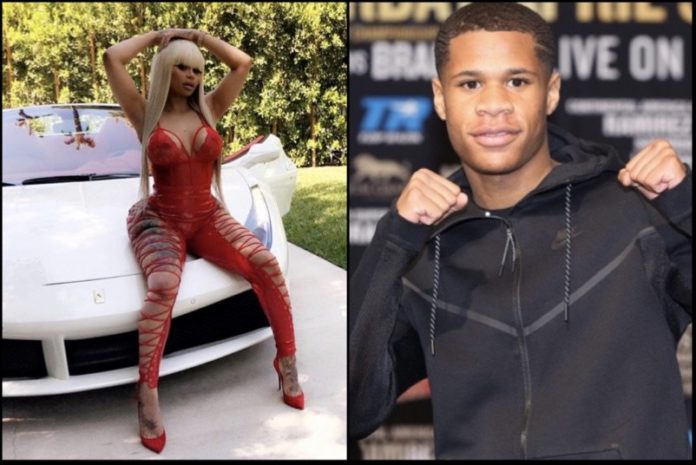 American model and entrepreneur, Blac Chyna is reportedly dating a 19-year-old boxer – Devin Haney – belonging to Floyd Mayweather’s boxing club, The Money Team. Not only that, according to Black Sports Online, she’s even letting him drive the Ferrari her ex and baby daddy, Rob Kardashian bought her, and he [Rob] isn’t very happy about it. 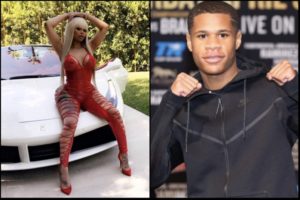 In an Instagram post, she revealed a picture of a man posing with a white Lamborghini and a caption reading “Hi babe,” accompanied by a trophy emoji the handle @realdevinhaney, who is an undefeated prospect fighting out of The Mayweather Gym.

After Being Cheated on By Her Teenage Rapper Ex-BF, Blac Chyna is Now Dating a 19-Year-Old MONEY TEAM Boxer & Letting Him Drive The Ferrari Rob Kardashian Bought Her (Photos) https://t.co/sGdzyj0nmu pic.twitter.com/o3b1F5C7yY

While neither have publicly confirmed that they’re actually in a relationship, it looks like they’re at least giving hints on social media.

BC split with Almighty Jay after he claimed she was “too clingy.” She also reportedly expressed interest in starting a family with him, which he says “scared the hell out of him.”