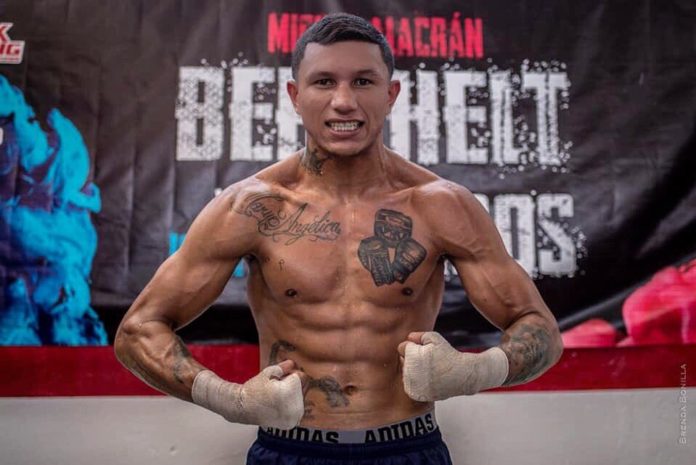 The Mexican star was able to pick up his third consecutive defense of his belt he won from Francisco Vargas in January of last year. Berchelt opened the bout in front of his hometown faithful by trying to establish his jab. In less than a minute into the fight, it was blatantly obvious that Barros was in over his head tonight in Yucatan, Mexico.

As the second round began, Berchelt started to open up his arsenal a bit. He landed a solid left hook that sent Barros on the mat looking up. The former champion was able to beat the count and survive the round as the bell rang before the referee called for the two to resume the action. 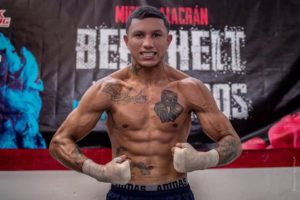 When Barros came out for round three he looked as if he was merely trying to survive. It didn’t take long before Berchelt was able to drop the challenger again. Barros got up and tried to carry on but the onslaught of punishment continued until Barros was down for a third time, although the referee waved the knockdown off as he seemed to rule it a slip.

This time, however, there would be no continuing for Barros as his corner jumped in the ring to stop the bout at the 1:53 mark of round number three. Barros argued with his corner at first as it did seem a bit premature although it appeared to only be a matter of time before the Argentine native wouldn’t physically be able to keep going.

Berchelt improves to 34-1 with 30 of those wins coming by knockout. The victory marked his 13th win in a row and he looked sharp and strong tonight. He will likely move on from here to face his mandatory challenger Mickey Roman (59-12, 46KO) in what promises to be a potential Fight of the Year candidate.