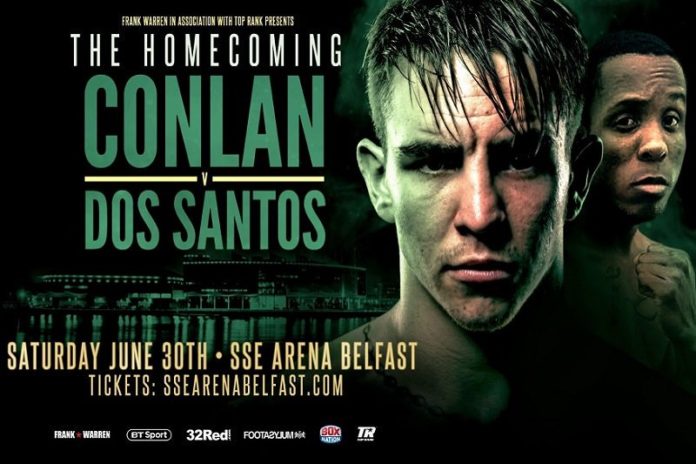 His ﬁrst seven ﬁghts have taken place in the United States but Frank Warren is bringing him home to the Odyssey Arena on another brilliant ﬁght night in Belfast. Conlan’s return to his backyard is also the featherweight star’s ﬁrst ever ten rounder and another step towards him emulating Irish greats and becoming a world champion. Conlan hasn’t boxed in his home city since December 2010 when he lost a controversial decision in the Ulster Senior Championships. 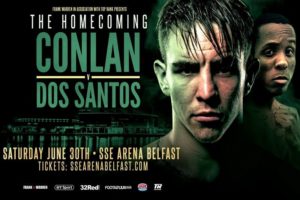 He said: “It is an honor to be boxing at the Odyssey Arena and an even bigger honor to be headlining the card.

“I have been there watching Carl Frampton box many times and often pictured myself in that ring being cheered on.”

Brazilian Dos Santos, 26, has won 19 of his 23 professional and last year challenged  Jessie Magdaleno for the WBO super-bantamweight title. On a previous British visit in 2014, he lost on points against Kid Galahad over 12 rounds and promises to give Conlan a tough night.