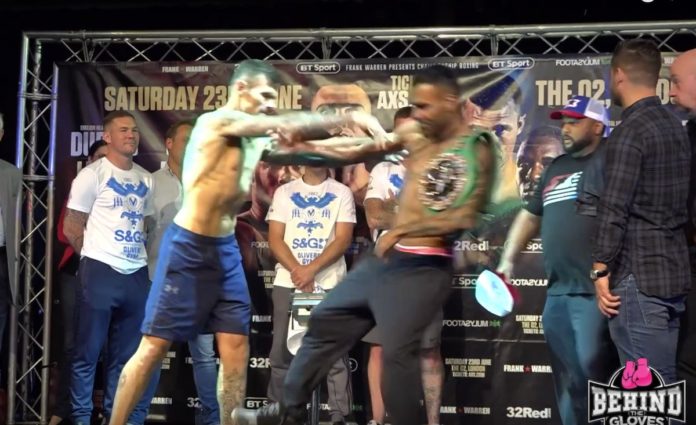 Former world title challenger Martin Murray was involved in an altercation earlier on today at the weigh-in for his latest fight this weekend. Murray was meant to be facing Billy Joe Saunders this weekend but for the second time Saunders pulled out citing injury. 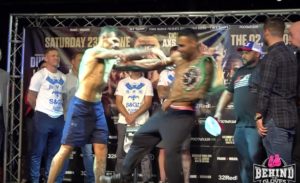 You perhaps could not blame Murray for being frustrated as a consequence. Standing in the way of that frustration today on the scales was Robert Garcia from Texas.

After the two weighed in successfully Murray shoved his opponent which then prompted a member of Garcia’s team to launch at Murray:

👀 Here’s the brief scuffle between Martin Murray and Roberto Garcia at their weigh-in.

Tomorrow night is obviously a must win for Murray at this stage of his career.

He’s had many opportunities at a world title but has just never got the rub of the green in his boxing career in all fairness. He must be thinking to himself that with the Saunders fight now gone that his chances of a world title may have gone with it too from here on out, potentially. He just needs to keep winning and remain positive at this stage.