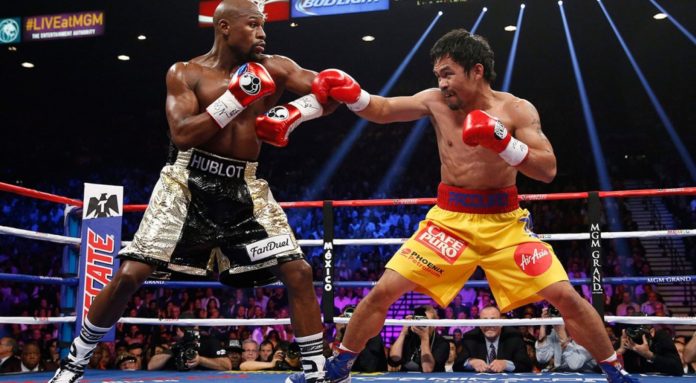 A little more than three years since he first fought him, Filipino boxing icon Manny Pacquiao wants his rematch against his undefeated rival Floyd Mayweather Jr. Coming off a seventh-round knockout of Lucas Matthysse (his first since 2009) on Sunday for his 60th professional win, Pacquiao was asked about Mayweather and the 39-year-old decided to throw down the gauntlet once again. 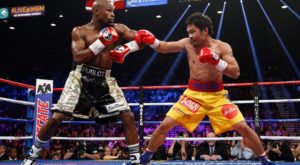 “Mayweather? If he decides to go back to boxing then that is the time we are going to call the shots,” he told reporters after his victory, as reported by ESPN.

“I have the belt, so it’s up to him. If he wants to come back in boxing let’s do a second one.”

Since a rematch with Mayweather may be a pipe dream that absolutely no one wants to see, Pac’s next fight could be against Amir Khan or Vasyl Lomachenko, who is perhaps the top pound-for-pound fighter in the sport .