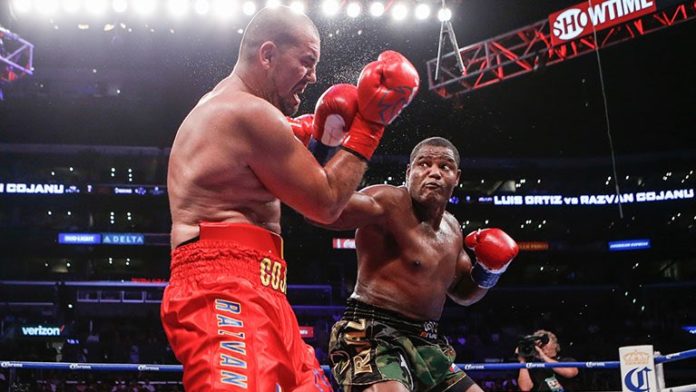 This Heavyweight showdown was between two men coming off losses. Luis Ortiz has been looking for a chance at redemption since his loss to WBC Champion Deontay Wilder. The crowd gave a huge applause in appreciation for Ortiz’s effort.

Razvan Cojanu, also coming off a loss, was hoping to use this opportunity to get his career back on track.

Right away, Ortiz showed his superior skill; getting the jab going, mixing it with body shots, and landing the straight left against the taller Cojanu. 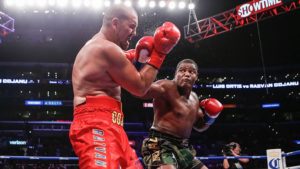 Round two saw Cojanu mostly posturing, but wasn’t working his offense. All the while, Ortiz was using feints to close the distance and get inside of the longer reach of his opponent.

In the second round, Ortiz threw a good right hook that opened up the straight left. It landed perfectly on the button and sent Cojanu to the canvas. As he struggled to get up, the ref stopped the fight.

Ortiz, emotional over the news of the cure they found for his daughter, seems to be even more motivated. The display of power and skill remains the reason why he’s still a force to be wary about.

Let’s not exclude from the heavyweight narrative that Luis Ortiz, regardless of his age, is still doing bits over in America… pic.twitter.com/hGyag3ZxGc