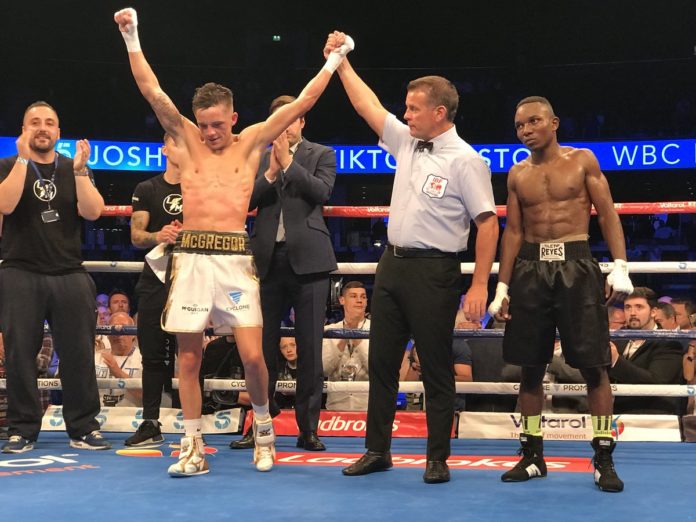 GOODLUCK Mrema made the 7500-mile journey from Dar Es Salaam in Tanzania to Glasgow to fight for the right to be named IBF youth bantamweight champion of the world. It was simply his bad luck to be pitched in against a young man from Saughton who, in just his fourth pro fight, already appears to have the world at his feet. 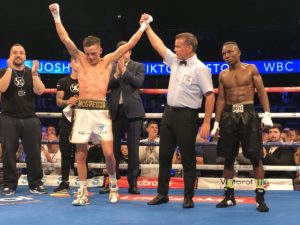 Lee McGregor is known as Lightning, so it was appropriate that he should strike twice in the fourth round to leave his opponent on the canvas, hopelessly unable to continue. Already on his way down when caught by a final clubbing left hand, there then came a fraught few minutes as the Tanzanian had to be given oxygen on his seat before the final formalities could be concluded.

It says something for McGregor’s progress since eschewing a shot at glory for Scotland in the Gold Coast in favour of turning professional that even this fourth-round stoppage was his sternest examination to date. Mrema, with two defeats from his 24 fights thus far, was a game wee guy in huge shorts who caught the Scot for the first time as a pro in the second round. Yet when the third round came along, McGregor’s first ever, his conditioning and class were starting to tell as he knocked his opponent out.