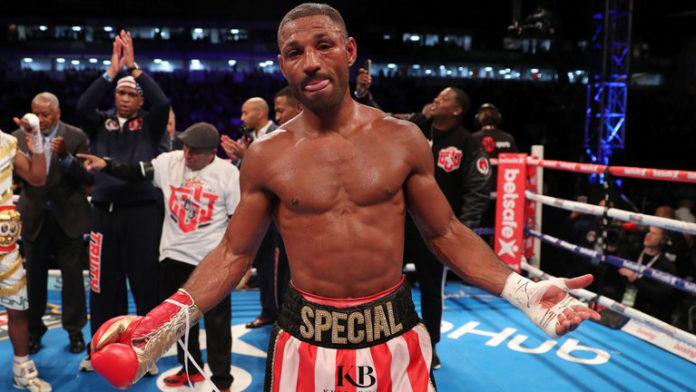 IBF welterweight champion Kell Brook has been pulled from his fight on July 28. Issues with his conditioning in training seem to be the culprit. Controversy seems to be attached to Brook as of late. Recently, we reported the WBC dropping him in their rankings due to him not enrolling into VADA’s testing program.

A few days later, he enrolled and showed proof in the form of a twitter post in order to be reinstated in the rankings. In the same post, he mentioned he was ready for his upcoming fight. Brandon Cook (20-1, 13 KOs), was the opponent which would have been his second fight after losing to Errol Spence. 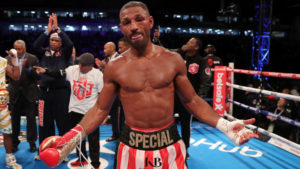 It remains to be seen what Eddie Hearn has in store for Brook’s future. Of course, there is the everlasting rivalry with Amir Khan. However, Khan is currently scheduled to take on fringe contender Samuel Vargas in September.

Then, of course, Brook has mentioned facing Errol Spence in a rematch at junior middleweight. This is highly unlikely simply because Spence is looking to unify at welterweight.

There is also the recent beef with WBC champion Jermell Charlo, who claims he would go to the U.K. to fight Brook. Charlo is coming off of a win against former WBA champion Austin Trout in June. This fight has the highest possibility of taking place over the aforementioned.