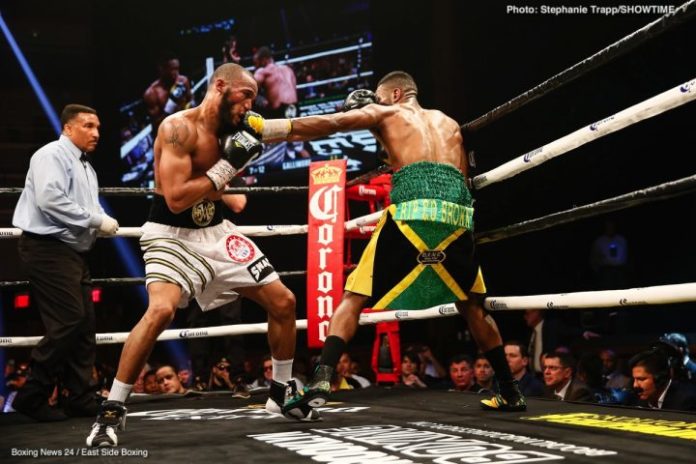 The management for former junior middleweight title challenger Julian ‘J-Rock’ Williams (25-1, 15 KOs) and unbeaten Takeshi Inoue (13-0-1, 7 KOs) have reportedly reached a deal to avoid a purse for an International Boxing Federation purse bid. The purse bid was supposed to have taken place on Monday, according to Dan Rafael of ESPN.

August 4th is the proposed date. 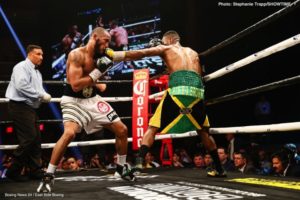 Williams (25-1-1, 15 KO) is 3-0 since getting trucked by Jermall Charlo in 2016, beating Joshua Conley, Ishe Smith, and Nathaniel Gallimore. “J-Rock” is by far the more proven of these two and, as we’ve seen, there’s no shame at all in losing to Charlo.

This is a mismatch on paper, as the 28-year-old Inoue has no experience fighting world class opposition during his 4-year pro career. #2 IBF Inoue has fought exclusively in Japan during his short career against poor opposition. In Inoue’s last fight, he squeaked by journeyman Yuki Nonaka (31-10-3, 10 KOs) last April in winning a close 12 round unanimous decision by the scores 116-113, 115-113 and 116-112. Nonaka was easily beaten by 154 lb. contender Dennis Hogan by a lopsided 10 round unanimous decision last October in his previous fight.