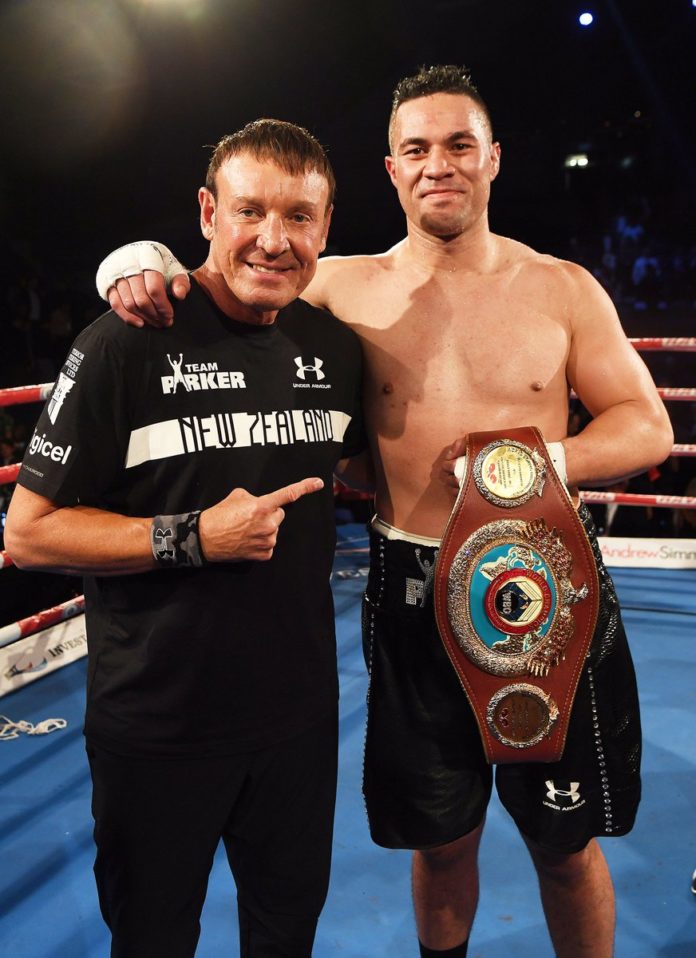 Joseph Parker’s trainer Kevin Barry has praised current divisional ruler Anthony Joshua for his ability to consistently evolve – and admits he was surprised by Joshua’s ability to adapt his style during his win over Parker earlier this year.

Joshua was widely expected to blitz Parker in the early stages of their world heavyweight title unification fight at the Principality Stadium in Cardiff in March.

Instead, however, Joshua put forth a controlled and measured display, easily outpointing the New Zealander over the 12 round distance to add Parker’s WBO championship to his IBF, IBO and WBA Super heavyweight titles.

Speaking to Sky Sports, Barry conceded that Team Parker had envisioned that Joshua would go on the offensive early in the bout, much like he had with each of his 20 previous opponents – all of whom he had stopped inside the distance. 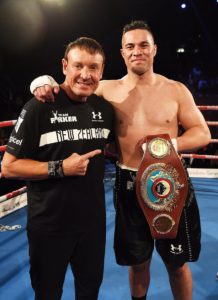 Barry, though, feels that ‘AJ’ displayed great in-ring intelligence on the night, quickly determining that he was unlikely to halt the durable Parker and subsequently settling for a victory on points.

“We know Joshua is an aggressive guy, he backs his power, he backs himself to knock guys out, and yet he fought a very respectful, a very cautious fight against Joe,” explained Barry.

“We had made big statements about Joe’s chin. He was never in danger throughout the fight, but I think because of that, we saw a different Anthony Joshua, one who was content to try and win rounds and not go for the knockout.”

“We all know the Klitschko fight was a great fight for him – it was a career-defining fight. But his skills on display in the fight against Joe were the best I have seen from him.”

“I remember saying before the fight that I believe both guys are far from the finished product. I think both guys will get better and it will be a great fight for the boxing world when that fight does happen again…It’s not a given that we’ll be in the ring with Joshua.