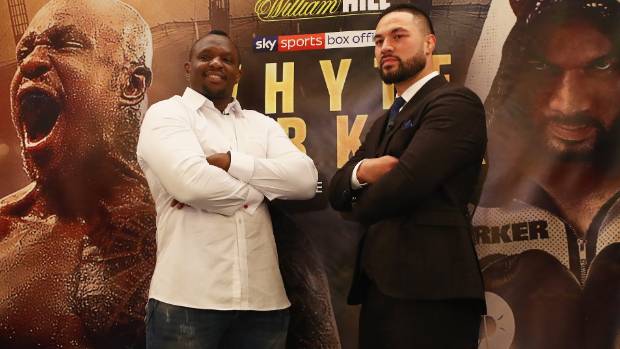 Joseph Parker is leaving nothing to chance for his fight next month on July 28 against highly ranked #1 WBC Dillian Whyte at the O2 Arena in London, England. Parker, 26, says he wants to knockout Whyte (23-1, 17 KOs) because he’s fighting in his home turf in London. Former World Boxing Organization heavyweight champion Parker (24-1, 18 KOs) thinks it would be a mistake for him to go to the UK hoping to win a decision against the 30-year-old Whyte. 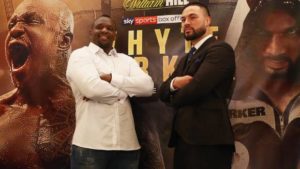 The former WBO champion was last in action in March when he lost his belt to Anthony Joshua, who also holds the WBA, IBF, IBO world titles.  Even though he lost Parker became the first man to go the distance against the hard-hitting Joshua, at the Principality Stadium in Cardiff, Wales.

While Parker is confident that his chin will hold up, he knows that anything is possible once you step inside the square circle.

“I back my chin but boxing is a funny game where one punch at the right time no matter how good your chin is or how strong you are can change everything.  But saying that, I still back myself,” Parker told in an interview BoxingScene.

Whyte also last fought in March when he scored a highlight reel knockout of the previously unbeaten Lucas Browne.