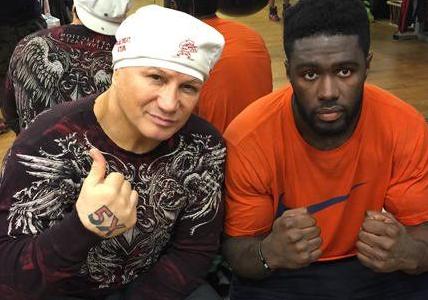 Unbeaten heavyweight Jean Pierre “JP” Augustin (17-0-1) has announced that he is a promotional free agent. The 30-year-old Haitian fighter went 10-0 in 2017, winning 9 of those fights by knockout.

In his time away from the ring, Augustin has taken up acting and played Gilbert Dele in the hit movie Bleed For This and has finished filming two other movies. 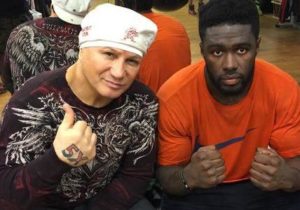 “I’m an undefeated heavyweight ready to shake up the division!” Augustin told in an interview to BoxingScene.com. “I got power in both hands and when I am not lighting someone up in the ring, I’m lights, camera, action on set!” I have been in three movies and working on a few others. I am ready to take the world by storm.”

Augustin, who is nearly 6’4″ tall, is a gym rat and is ready to get back in the ring as soon as possible.

“I am in great shape. As a matter of fact I just got out of the gym now,” said Augustin.

The other two movies Augustin has under his belt are, Heart, Baby which comes out this summer and he just wrapped up filming Vault which is slated to be released in 2019.