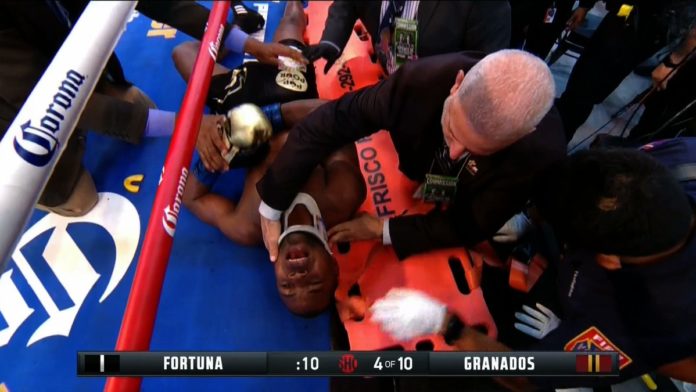 The bout started with both men letting their hands go, Fortuna was landing the cleaner harder punches.

In the third round, however, Granados started doing better work on the inside. Fortuna did well catching Grenados coming in, but both men would end the round trading punches. Fortuna has deducted two points in the fourth round for hitting behind the head and holding. 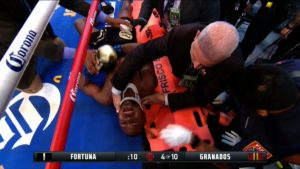 It was a strange turn of events that unfolded in the fourth round. After the points deduction, Fortuna in a sense of urgency landed some big power punches. Shortly after that Granados was able to pin Fortuna against the ropes, where Fortuna ended up falling out of the ring.

Fortuna ultimately was carried out in a stretcher with a neck brace on. The update given was he complained of pain to his neck and head.

In Texas the bout must go a full four rounds before it can go to the scorecards. Since the bout was stopped at the 2:52 mark of round four, it will be ruled a no-decision. It was an unfortunate ending to what was shaping up to be a good bout. Hopefully, they can find a way to make the rematch.