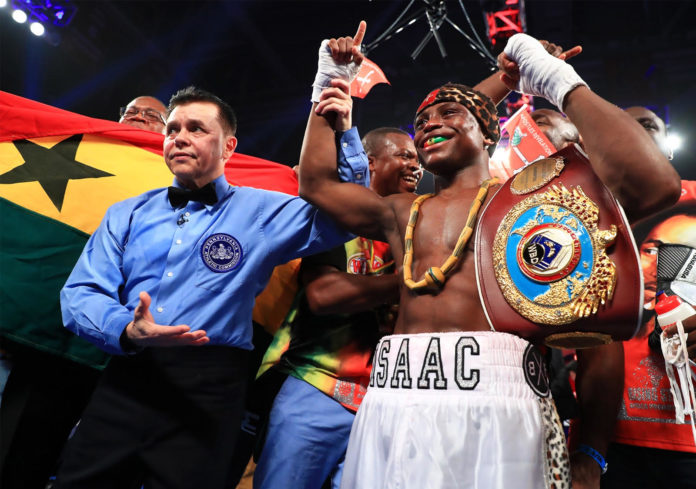 Newly crowned WBO super bantamweight champion Isaac Dogboe is scheduled to return August 25th. The event will take place on ESPN or the ESPN+ app according to his manager. 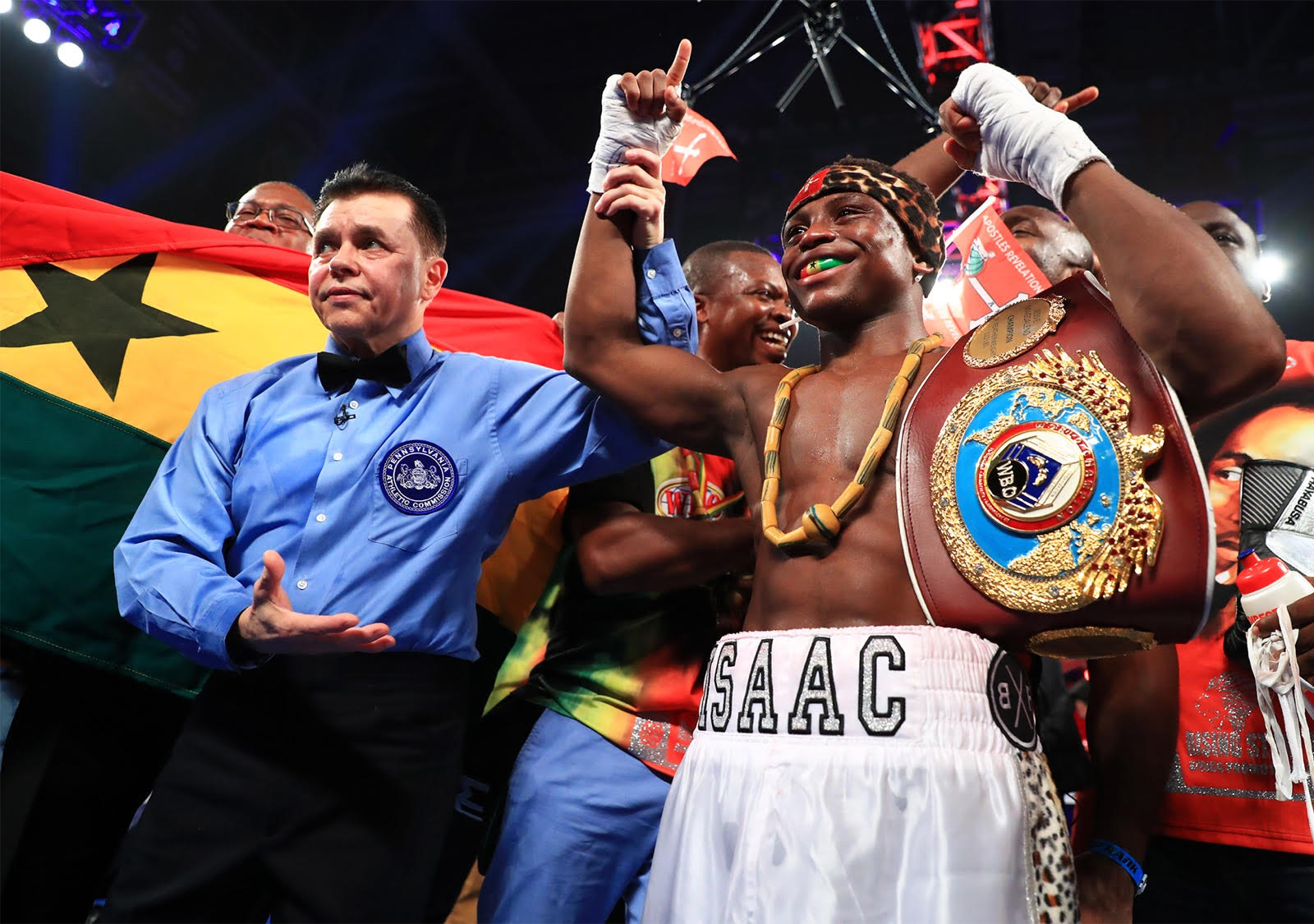 It’s expected that he’ll face a top 5 rated contender in the WBO ratings, keep in mind that Diego De la Hoya is the number one ranked WBO contender. At this point, it’s unlikely his cousin, Oscar De La Hoya, would put him in with Dogboe right now.

Dogboe’s manager also revealed that a unification bout with WBA champion Danny Roman is being targeted for the end of the year. Roman is coming off of a impressive decision victory a couple weeks ago against Moses Flores. That fight took place on the undercard of Errol Spence vs Carlos Ocampo.

A matchup between these two champions has war written all over it, both guys come to fight and have skills to match. Let’s keep our fingers crossed and hope that this fight materializes.