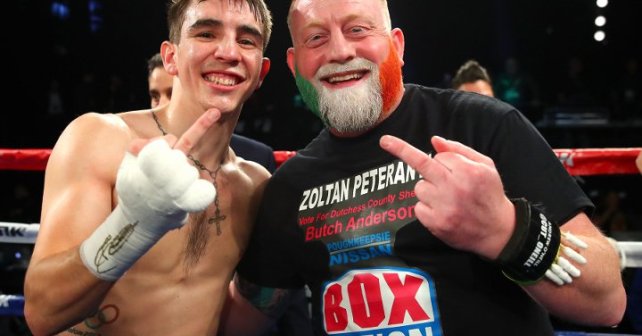 Adielson Dos Santos was the victim of Conlan’s first win as the headliner of a professional card. With this success in his home country, Conlan wants to showcase himself in one of the bigger stadiums in Ireland. Specifically, a fight at Casement Park; home of the Gaelic Athletic Association.

Conlan would relish the chance of fighting at a redeveloped Casement Park. 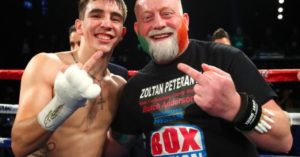 The Falls Road featherweight, who headlined last Saturday night’s bill at the SSE Arena, would also be keen to fight at Falls Park or join Carl Frampton on a show at Windsor Park.

“I would love a huge fight in Windsor Park in the future, that would be amazing,” he said.

“Fighting there for a world title, or if Casement Park is up and ready would be amazing.

“Even the Falls Park, we were approached last year to do the Feile.

The 2016 Olympian has acknowledged he could be on a fight card with fellow countrymen Carl Frampton if he were to fight at Casement Park.

In the event that this would occur, it would definitely be something major in Ireland. Conlan is on the rise with Top Rank as his promoter and there seem to be huge opportunities on the rise for him.