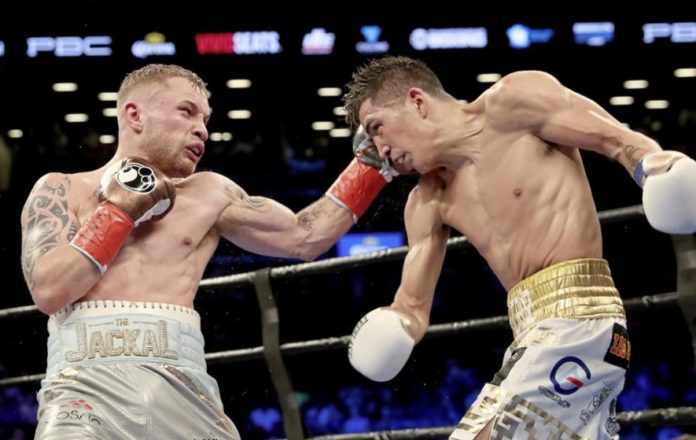 News of Frampton becoming a fully-fledged member of MTK Global comes ahead of the Belfast hero fulfilling his life-long dream of fighting at Windsor Park, where he takes on Australian Olympian Luke Jackson on August 18. 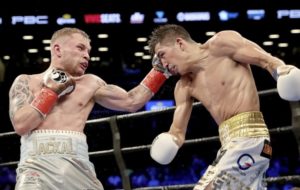 Should Frampton (25-1-KO14) successfully navigate his way past the unbeaten Jackson, the 2016 Ring Magazine Fighter of the Year will retain his interim WBO world featherweight crown and all but guarantee himself a seventh world title fight.

“I’m delighted to be able to sign an official managerial contract with MTK Global. It’s an organization I feel I can trust to be looking out for me and that’s not easy to find in boxing.“Although I have always been delighted with the advisory role MTK Global played in my career, I’m very happy and proud to upgrade the agreement to a full managerial one.“Everyone can see what MTK Global is doing in the world of boxing. They seem to be taking over and they’re signing quality fighters all over the world.“I’ve made some very close friends at MTK Global and they’re aware of what I want to do in my career. They’re getting me big fights in big arenas. Windsor Park is an obvious example.“I’m looking to push on and fight for a world title either against Josh Warrington or Oscar Valdez in my next fight.”