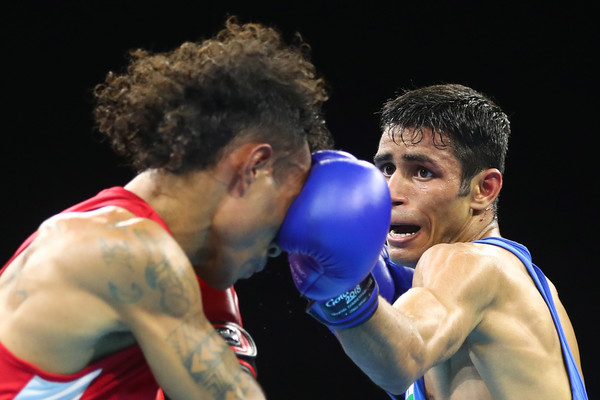 Indian Boxers put on a dominant performance in recently concluded Chemistry Cup in Germany. The Indian contingent picked up two gold, a silver and three bronze medals in all.

Gaurav Solanki and Mohammed Hussamuddin won gold in their respective categories as Indian boxers ended up with a rich haul of medals at the Chemistry Cup in Germany.

Solanki, gold-medallist at the Gold Coast Commonwealth Games in April, pulled off a massive victory by edging past feared Cuban Jorge Alejandro Merencio in a grueling contest.

CWG bronze-winner Mohammed Hussamuddin (56kg), meanwhile, defeated former national champion Madan Lal in a rare all-Indian final at an away international tournament. Both Solanki and Husammuddin are employed with the Indian Army.

Amit had lost 0-5 to Cuba’s Damian Arce Duarte, while Dheeraj had gone down 2-3 in a high-intensity contest against Jordan’s Obada Alkasbeh.