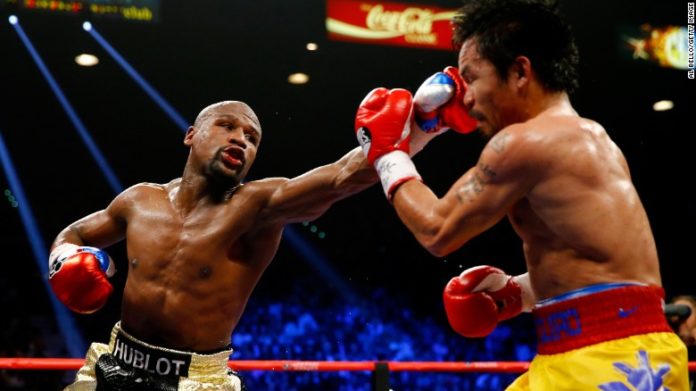 Not long ago Floyd Mayweather and Manny Pacquiao were the biggest names in boxing linked with one another in the ring back in 2015 when they fought. Now, a few years on, the two could be in line to work as a fighter-promoter duo.

Stranger things have happened, that’s for sure.

When it comes to boxing over the years you get used to expecting the unexpected to be fair. 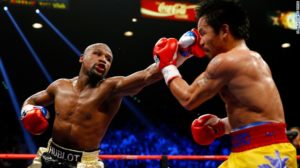 After his recent stoppage win over Lucas Matthysse, Manny Pacquiao revealed he wants to have another two or three fights at least in his career and that he is now a free agent promotion-wise.

Eddie Hearn has spoken of his interest to getting Pacquiao onto the new DAZN streaming platform in the US but Floyd Mayweather it turns out also wants a piece of the Pacquiao business.

“Actually I’m going to be getting on the phone to Manny Pacquiao after I get off this call and get in touch because we can put him in position. There’s a lot of good competition out there that he can fight. I wouldn’t mind matching Pacquiao against Mikey Garcia. That wouldn’t be bad.”

A very interesting development indeed, and certainly a cracking a fight if it were to come off.

It is thought Pacquiao will box at least once more in 2018 so expect news on his promotional situation very soon.

Boxing: Boxing Superstar Ryan Garcia will be back in Action on September 1