It’s been more than three years, ever since the biggest fight in the history of boxing between Floyd Mayweather and Manny Pacquiao took place and Floyd beat via unanimous decision, the fight didn’t live up to the hype and instead left a bad test in people’s mouth.

However, Pacquiao and Mayweather met at an EDM (electronic dance music) concert in Tokyo, Japan last week, more than three years after they fought inside the MGM Grand Arena in Las Vegas and talked about fighting each other in the rematch. 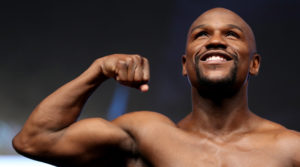 Well, it seems Floyd Mayweather is really serious about fight Manny Pacquiao as he wants to get off the ring rust from when he fought in August last year and wants a tune-up fight in Japan in December before fighting Pacquiao.

Meanwhile, Pacquiao is also highly interested in a rematch and eagerly wants to fight Mayweather.

“We cannot say when or exactly what date,” Pacquiao told the Philippines’ ABS-CBN News. “[Mayweather is] announcing his comeback from retirement. He wants to fight and challenge me; he wants to get my belt. Right now, we’re negotiating and hoping to finalize that. I’m always available. I’m always available for him. It’s important to [have the rematch], as we have unfinished business. We’ve been waiting for a long time.”