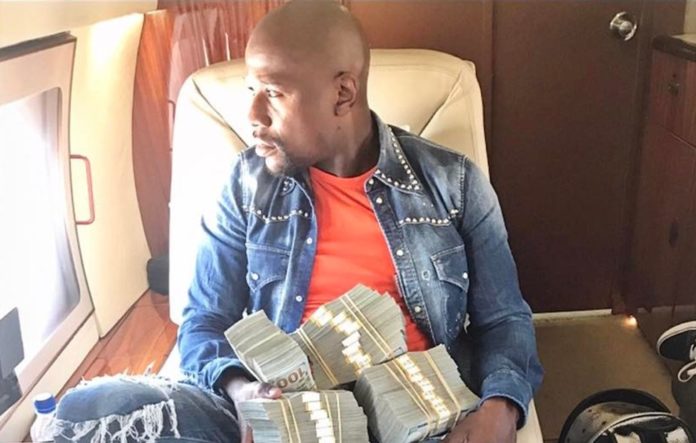 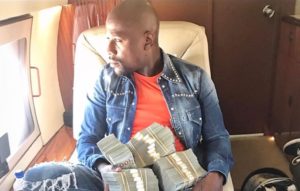 He claims he spent $18 million on the costly timepiece.

He says it's worth $18 million 😳 pic.twitter.com/dYZyme1QfZ

The Watch is designed by Jacob and Co., cost the former boxing champ $18 million and is made of 18-carat white gold, 260 carats of emerald-cut diamonds and individual stones up to three carats.

Floyd Mayweather was recently reported to be the highest paid athlete of 2017 as he made a whopping $275 Million for his fight against Conor McGregor last year where he stopped McGregor in the tenth round.  Mayweather topped the Forbes list for the fourth time in seven years.