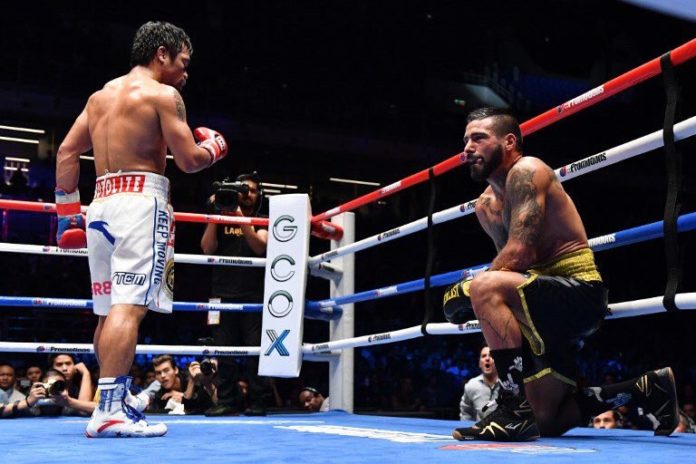 Manny Pacquiao is the new World Boxing Association (WBA) welterweight champion. The 39-year-old only needed seven rounds to defeat his Argentinean counterpart Lucas Matthysse who struggled from start to finish. 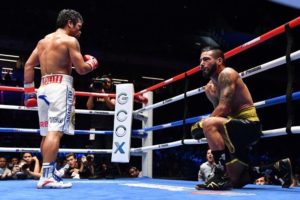 The boxing legend picked up his 60th career win and the WBA welterweight title by defeating Lucas Matthysse via TKO – his first stoppage win since 2009 – in Malaysia on Sunday. The champion could not defend against Pacquiao’s heavy strikes and was knocked down three times throughout the bout. Pacquiao threw in a couple of combinations which connected to Matthysse’s jaw to record a huge technical knockout victory in 2.43s of round seven.

The fight was Pacquiao’s first since his July 2017 decision loss to Jeff Horn in Horn’s native Australia. It was also Pacquiao’s first fight since 2001 that did not feature trainer Freddie Roach in his corner – Pacquiao parted ways with Roach in April.

The WBA welterweight title is Pacquiao’s 11th championship belt in his 23-year career.