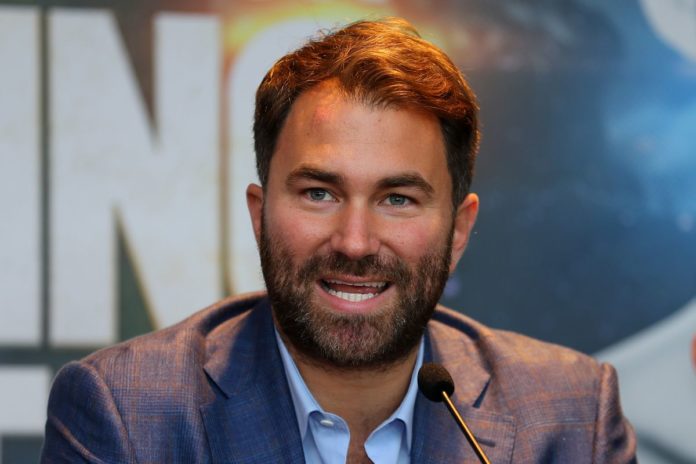 Eddie Hearn has been a busy man as of late, trying to get his Matchroom Boxing USA off the ground and of course, there’s the billion dollar deal with DAZN. With DAZN set to make its American debut in the near future, Hearn has been scrambling trying to get fighters to either sign with him or fight on DAZN.

Earlier in the week, he mentioned that he has signed light heavyweight titlist Dmitry Bivol. However, Bivol’s manager has refuted those reports, today Hearn has stated after Bivol fights on August 4th they will revisit the situation. This perhaps sounds like a case of Bivol fighting exclusively fighting on DAZN, instead of signing with Matchroom. 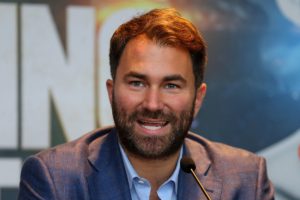 He has courted Mikey Garcia, meeting with the WBC lightweight champion on several occasions. Talks that Garcia has described as very productive, as things begin to look very optimistic between Garcia and Hearn. Today Hearn stated that after Garcia meets Robert Easter Jr in a unification bout, the hope is to have him on DAZN in November. It could be huge for Hearn if he is able to land a name like Garcia and judging from the way he is talking it sounds like that’s the case.

He has also been in talks with Mayweather Promotions in hopes that they can work together. The plan there is he wants to co-promote Gervonta “Tank” Davis and have the young champion fight exclusively on DAZN. Hearn has been very vocal about wanting to sign the Charlo brothers as well. Both fighters have stated that they are willing to listen.

Today, Hearn has revealed that he is in talks with unified junior middleweight titlist Jarrett Hurd. Now, that would be an unexpected splash as Hurd has made a name for himself stopping a tough opponent in Austin Trout and earning a decision over Erislandy Lara.

Hearn has also stated that DAZN will have a major announcement tomorrow. Now, it’s not for sure as of yet but it looks like they will be having the rights to show the WBSS Tournament in America. DAZN, for a new streaming service that hasn’t even launched in America, is making a lot of noise.