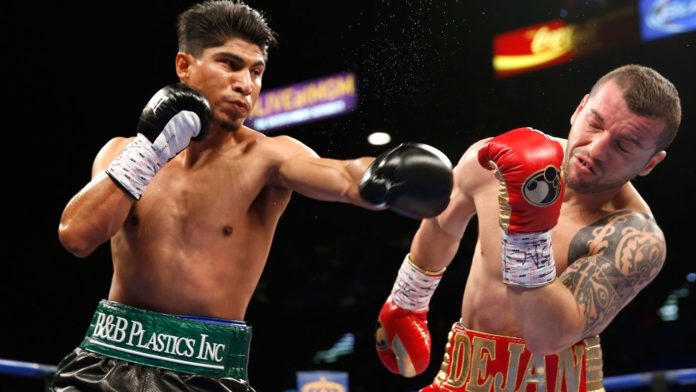 Eddie Hearn says he’s made a great offer to sign Mikey Garcia to his Matchroom Boxing USA stable of fighters, and he says he’ll accept the offer if he’s wise. Garcia, 30, is still a promotional free agent since leaving Top Rank years ago. Since he parted ways with his former promotional company, Garcia has been working with Al Haymon. 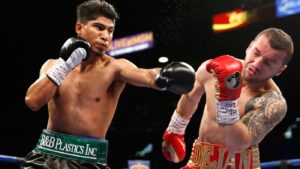 Ever since returning from his long layoff, he has been a promotional free agent and has offers from numerous entities. Those in pursuit have been Matchroom Boxing’s Eddie Hearn, UFC president Dana White, and even baseball legend Derek Jeter.

“I’ve made him another offer since his fight,” Hearn said to sportingnews.com. ”A great offer. He’s a very smart guy. If he’s smart enough, he’ll take our offer. But, we’ll see. He’s definitely a fighter we want on DAZN. We want all the great pound-for-pound fighters on DAZN and he’s one of them.”

Eddie Hearn has been signing a lot of fighters for DAZN and he plans on bringing premium sport PPV to a cheap subscription based model.