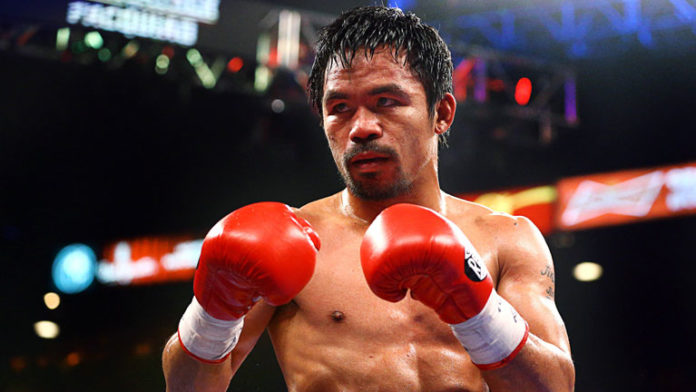 During the buildup and in the aftermath of his seventh-round knockout of Lucas Matthysse in July, Manny Pacquiao stated that he is a promotional free agent and no longer with long-time promoter Bob Arum.

While Manny Pacquiao is now coming towards the end of his career there is no denying that his star is still significant. 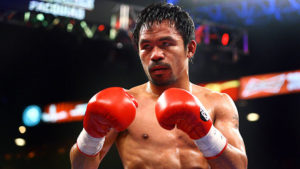 Recently Pacquiao told Lance Pugmire of the LA Times that he plans on making his next fight on December 2nd with the date suggesting the fight won’t be in the US with it being on a Sunday.

Matchroom Boxing Promoter Eddie Hearn Hearn admits that talks are ongoing with the WBA “regular” welterweight champion to put him on DAZN as part of the partnership between Matchroom and the streaming service owned by Perform Group.

.@EddieHearn confirms to me that he’s in talks with @MannyPacquiao to have him fight on DAZN. @DAZN_USA @sportingnews @sn_boxingring #MatchroomBoxing pic.twitter.com/HtAw2UnQiz

Although, a fight with Amir Khan makes the most sense as he has been chasing Manny Pacquiao for years and there have also been talks about Amir Khan fighting Kell Brook later this year in the UK. It would be interesting to see how things play out.

Pacquiao has a 60-7-2 record, but his last bout – a seventh-round knockout win over Lucas Matthysse in July –  was his first in over a year, and his first stoppage win since 2009.