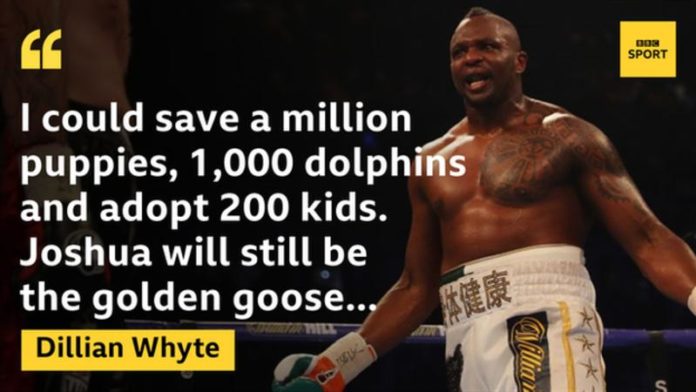 British heavyweight boxer Dillian Whyte has earned the nickname “The Body Snatcher” but he is lucky enough to not have gone to an early grave himself after being shot and stabbed when he was a teenager.

Whyte, who lost two years of his career to a doping ban, admits he will never be seen as a knight in shining armor like current world heavyweight champion Anthony Joshua. He cannot change himself to be like Joshua but what he could change he did – a new trainer, a new training base, a new emphasis on scientific details and a fresh persona. 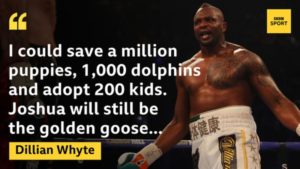 “I could go to church, save a million puppies, 100,000 dolphins, seven blue whales and adopt 200 kids tomorrow and Joshua will still be the golden goose,” Whyte tells BBC Sport. “There’s no point me fighting that battle with him. People will get to see I’m real and a straight guy. And they’ll realize I can fight as well.”

“He was training with good structure around him. I wasn’t an Olympic champion or an ABA champion. I never had that setup.

“That loss, it depends on what person you are. If you’re mentally weak it can destroy you. Some guys who look talented, lose and never come back. We will see what happens when Joshua loses for the first time.”